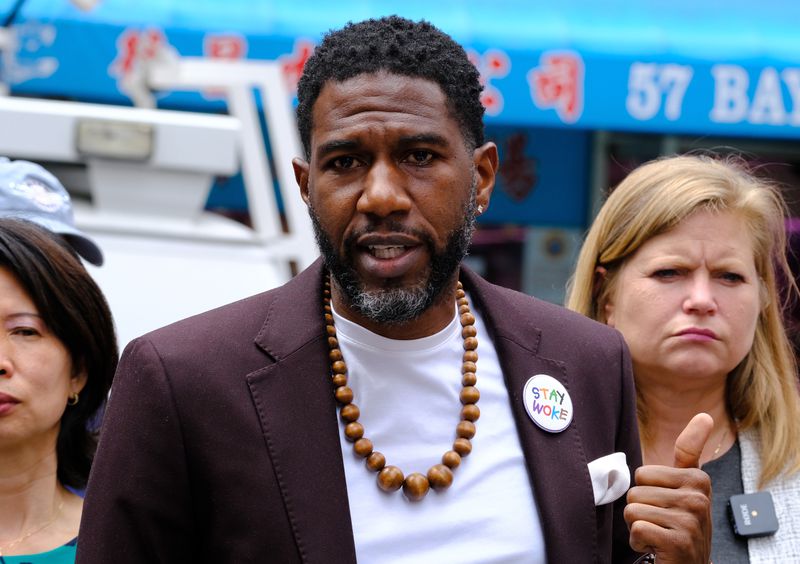 The dream of New York public advocate Jumaane Williams to become the next governor of New York got a much-needed boost from progressive groups.

New York Communities for Change, an advocacy and community organizing group with roughly 20,000 members, is supporting the bid of Williams to unseat Hochul.

Sources said the group hopes to announce their support for Williams with a rally outside of Brooklyn Housing Court on Thursday as they knock Hochul for not doing more to prevent evictions and protect low-income New Yorkers adversely impacted by the COVID pandemic.

“Our members agree that Jumaane has the best vision, experience and plans to help low-income communities of color across the state rebuild their lives after the devastation of COVID,” Jonathan Westin, the group’s executive director, said in a statement.

Westin and others chide Hochul over the expiration of the state’s COVID eviction moratorium and a large number of donations she has accepted from the deep-pocketed real estate developers.

Meanwhile, Communities for Change Board Chairwoman Marie Pierre also called on other progressives to back Williams as well.

“Make no mistake: Jumaane knows us, and we know Jumaane,” Pierre said.

“He is up against a very well-funded corporate Democrat, which is why we urge other grassroots groups around the state with large bases of voters to get off the sidelines,” Pierre added.

Since declaring his gubernatorial bid, Williams has hammered Hochul on multiple issues, including allowing the eviction ban to expire.