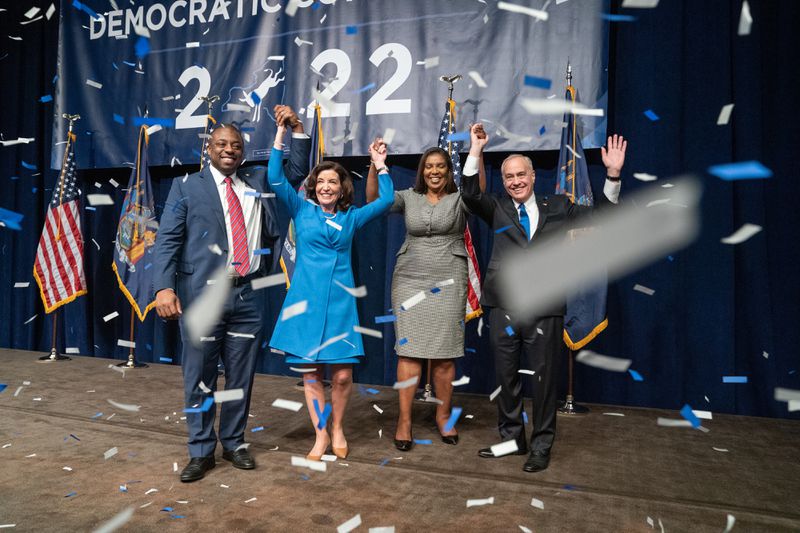 New York governor Kathy Hochul is one proud and happy woman on Thursday.

This scenario developed after the New York Democrats declare Hochul as their standard-bearer at their nominating convention, delivering a message of unity as they manage internal divisions on issues from crime to COVID to renters’ rights.

“She is a governor for all of us,” former First Lady Hillary Clinton said.

Sources said Hochul can become the first woman elected New York’s governor if she clears the primary in the spring and the general election in November.

Rep. Hakeem Jeffries of New York, the No. 5 House Democrat, said Hochul has done a tremendous job as governor.

“She is moving this state forward,” Jeffries added.

Hochul for her part is very happy with her nomination.

“This is our moment,” Hochul said.

“This party can and should be a powerhouse. Not to serve one individual — not just to serve the governor — but to serve all,” Hochul added.