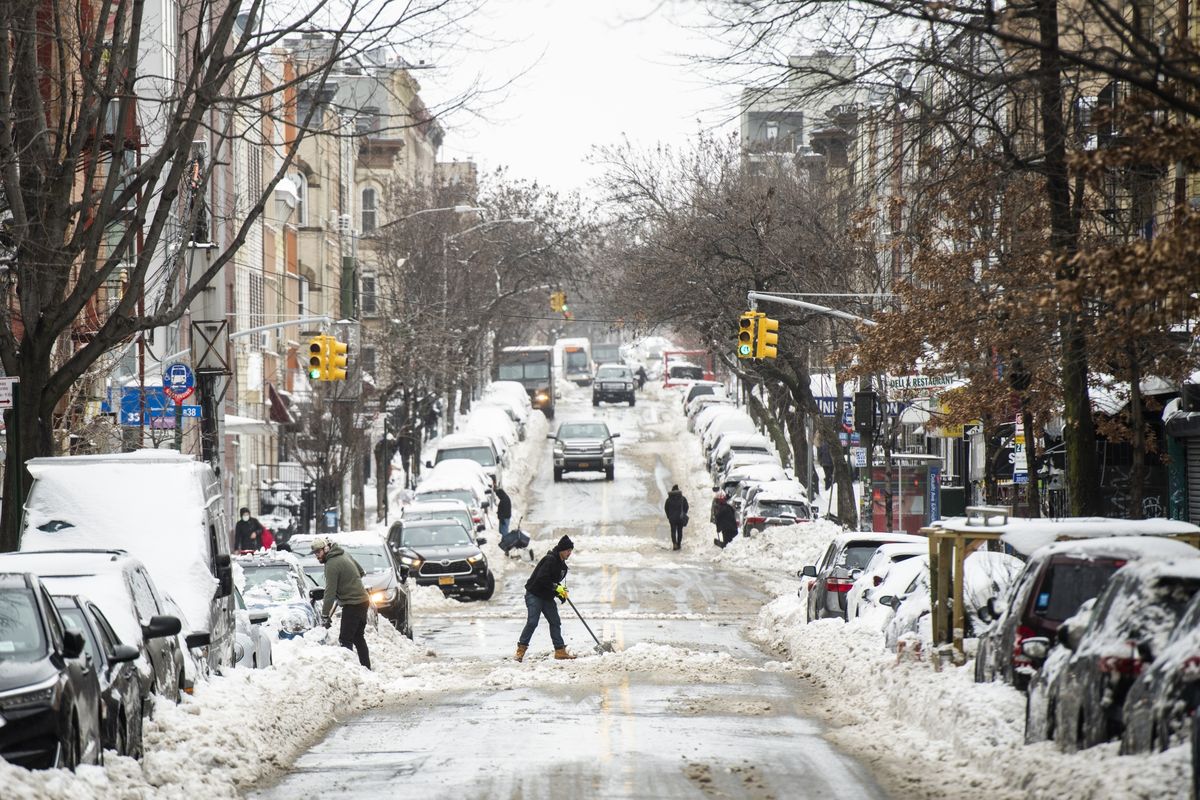 New Yorkers, get ready! If you thought your share of storms was over this season, brace yourselves for another one.

According to weather reports, a late-week winter storm will bring snow from the Rockies and Plains to the mid-South, then intensify into a “bomb cyclone” as it tracks up the East Coast with snow and high winds by this weekend. As a strong upper-level jet stream plunges out of the West on Friday, it will spawn the development of a surface low-pressure system along a cold front in the lower Mississippi Valley. That low will then rapidly strengthen as it tracks toward the Northeast through Saturday.

So why is it called a ‘Bomb’ Cyclone? Meteorologists use the term bomb cyclone to describe a low-pressure system that undergoes “bombogenesis” – defined as a rapid pressure drop of at least 24 millibars in 24 hours or less – indicative of a very intense storm system.

On Saturday, Snow is expected from the Appalachians to portions of the Great Lakes, Pennsylvania, upstate New York, and northern New England. Rain could also change to a brief period of snow later in the day along parts of the Interstate 95 corridor between New York City and Washington.  The snow will end from west to east on Saturday night, but slick roads could linger into Sunday morning across the Northeast with temperatures plunging below freezing.

Experts are predicting more than 6 inches of snow is possible in parts of the Appalachians, central and northern Pennsylvania, upstate New York, and northern New England.