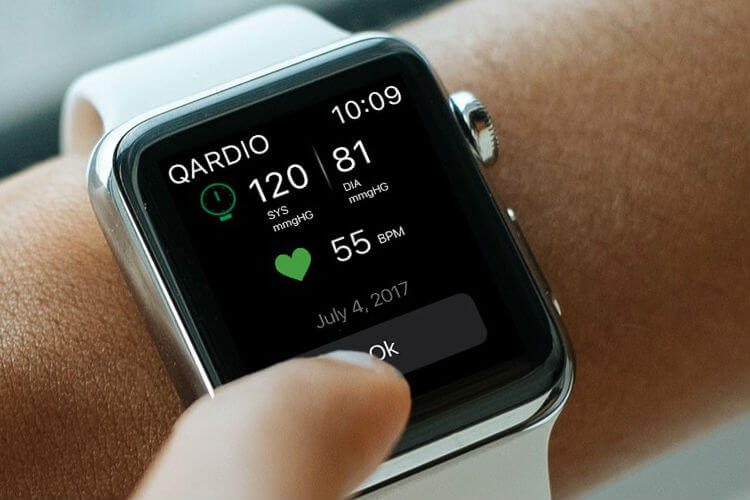 Next up on the Apple Watch charts are a bunch of awe-inspiring features including a blood pressure monitor, an alcohol level monitor, and even a glucose level monitor, according to numerous reports regarding patents filed by the company. As of now, the Cupertino tech giant already has a heart-rate monitor and SpO2 monitor in its watches.

As reported by The Telegraph and Forbes, Rockley Photonics confirmed Apple as its biggest customer in a recent SEC filing. This means that the iPhone maker is doing more than just filing patents for this tech and could actually bring this to its iDevices, which most likely will be the Apple Watch.

Meanwhile, in February, a patent filed with the US Patent and Trademark Office (USPTO) titled “Terahertz Spectroscopy and Imaging In Dynamic Environments With Performance Enhancements using Ambient Sensors”, indicated that Apple might be working on blood sugar readings and as a result, could bring the glucose level monitoring on Apple Watches in the future. Now, the patent has got some credibility as UK health tech firm Rockley Photonics recently confirmed that Apple has been its largest customer for the past two years. Apple has been revealed as the company’s largest customer, which says its sensors could be in devices as early as 2022. The firm’s focus has been mainly on tracking blood glucose levels.

Apart from glucose levels, Rockley’s focus is also on tracking blood pressure, and even alcohol levels. This also adds to the speculation that these two features could also come to Apple Watch devices in the future.

In the recent past, Jeff Williams, Rckley’s Chief Operating Officer, mentioned the company’s ambitions about glucose sensors to Forbes writer David Phelan, saying: “Non-invasive sensing of the human body is incredibly challenging. You mention glucose, people have been talking about non-invasive glucose sensing for decades. I read every year that somebody has a non-invasive glucose sensing monitor ready. And what I’ll tell you is, it’s hard enough to detect glucose when you can access the interstitial fluid, it’s way harder to do it with photons.”

This being said, even if Apple does get these features, it still has to consider factors like battery life and price, and it’s entirely possible that this could take time even if the other tech factors are ready.