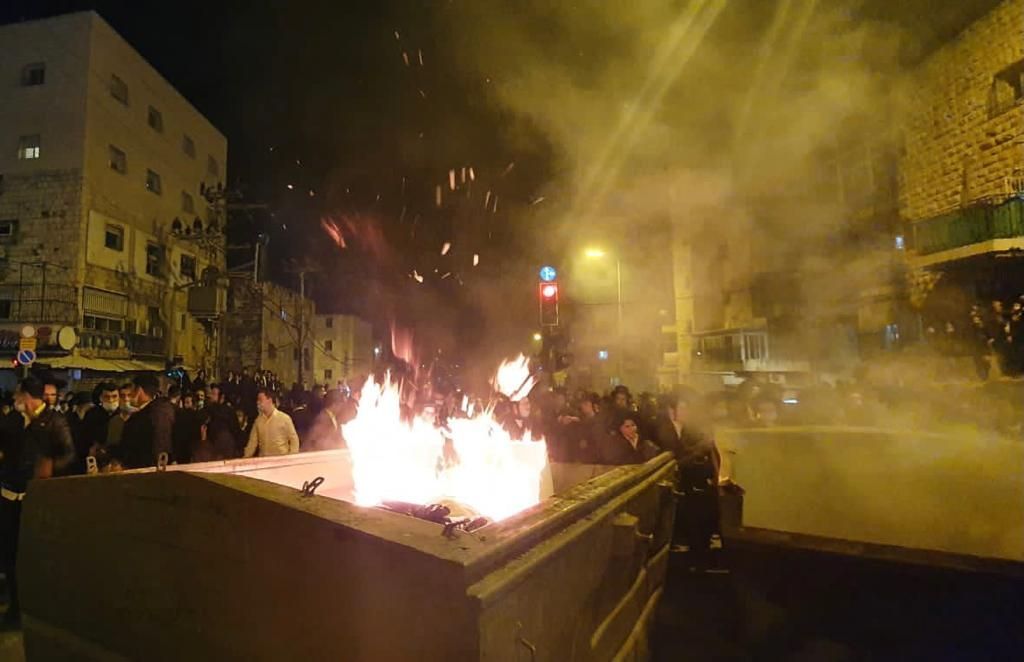 Nineteen arrests made throughout firey protests in Jerusalem, weapons seized from a Bucher.

At least 19 people were arrested throughout protests that erupted in Jerusalem on Monday night.

The Meah She’arim residents among others against the Zionist movement arranged a protest against the building of the light rail in the Chareidi neighborhood in Jerusalem.

At around 9:00 pm local time, a protest formed at the intersection of Bar Ilan & Tsfanya Street. The protest later ended up violent with several people being arrested.

Eventually, the tension grew with angry protesters demanding a stop order on the construct of the light rail that is being built in the Chareidi neighborhood in Jerusalem.

Garbage dumpsters was lit on fire, road dividers were aggressively ripped down — forcing the Israeli police to step in with a heavy police force to stop the protests. Many police officers, including police horses, and a truck which is used to spray skunk-spray to separate big crowds was used at the protest to separatethe the big crowd.

Following the late-night hours, the protest was brought under control following the heavy police force which stepped in.