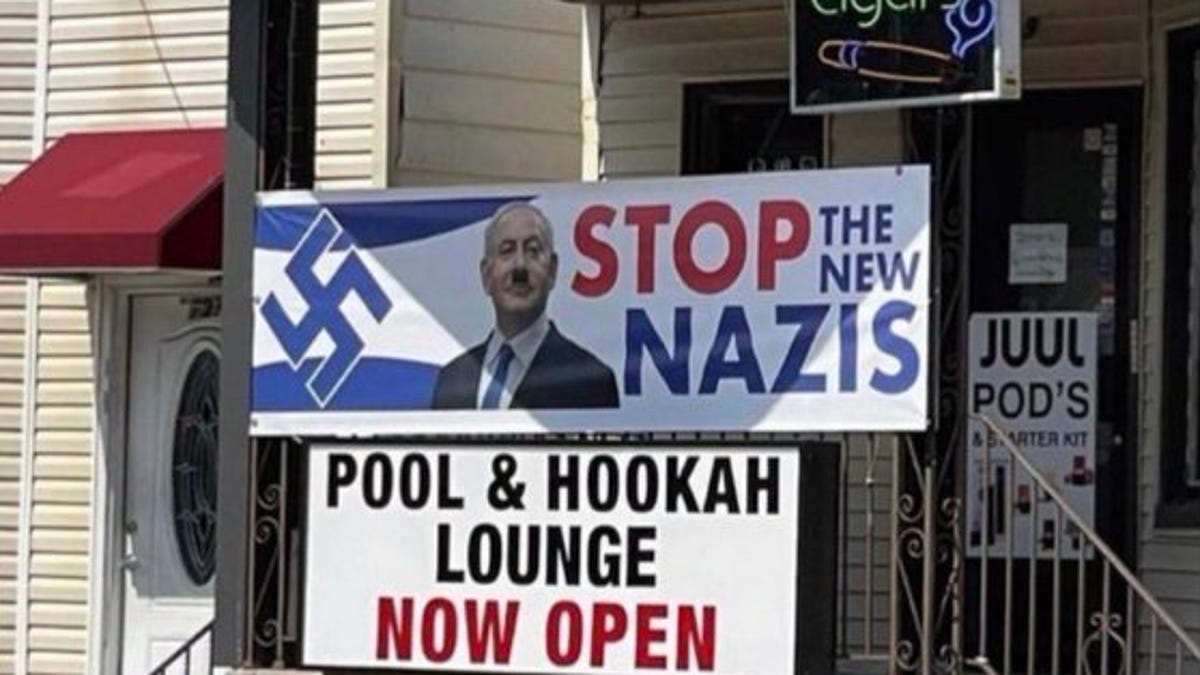 A hookah lounge in New Jersey finally took down two antisemitic banners that were hung on their storefront, after facing criticism for being highly insensitive. One of the banners read ‘Stop The New Nazis’ and depicted former Israeli Prime Minister Benjamin Netanyahu as Hitler, while the other read ‘Free Palestine’.

The Clifton Hookah Lounge in Paterson, N.J. was home to these two antisemitic signs, and was condemned by several Jewish groups. Earlier on, the staff of the lunge defended the signs, saying “Sorry, not sorry, our signs are not coming down,” said an employee with the social-media account “Livelovelizbeth” in an online post within the week. “We all truly stand on freeing Palestine, free Palestine until its free completely, and are also against you know the Israeli occupation, Israeli terrorism and all that.”

In response to the incident, Scott Richman, regional director of the Anti-Defamation League NY/NJ spoke to the JNS, saying “No matter what your views on Israel, using Nazi imagery to describe it is not only inaccurate and offensive, but deeply anti-Semitic. Rather than promote peace, it simply fans the flames. This poster has now been taken down, and we hope that all understand that this image is outside of the bounds of acceptable discourse.”