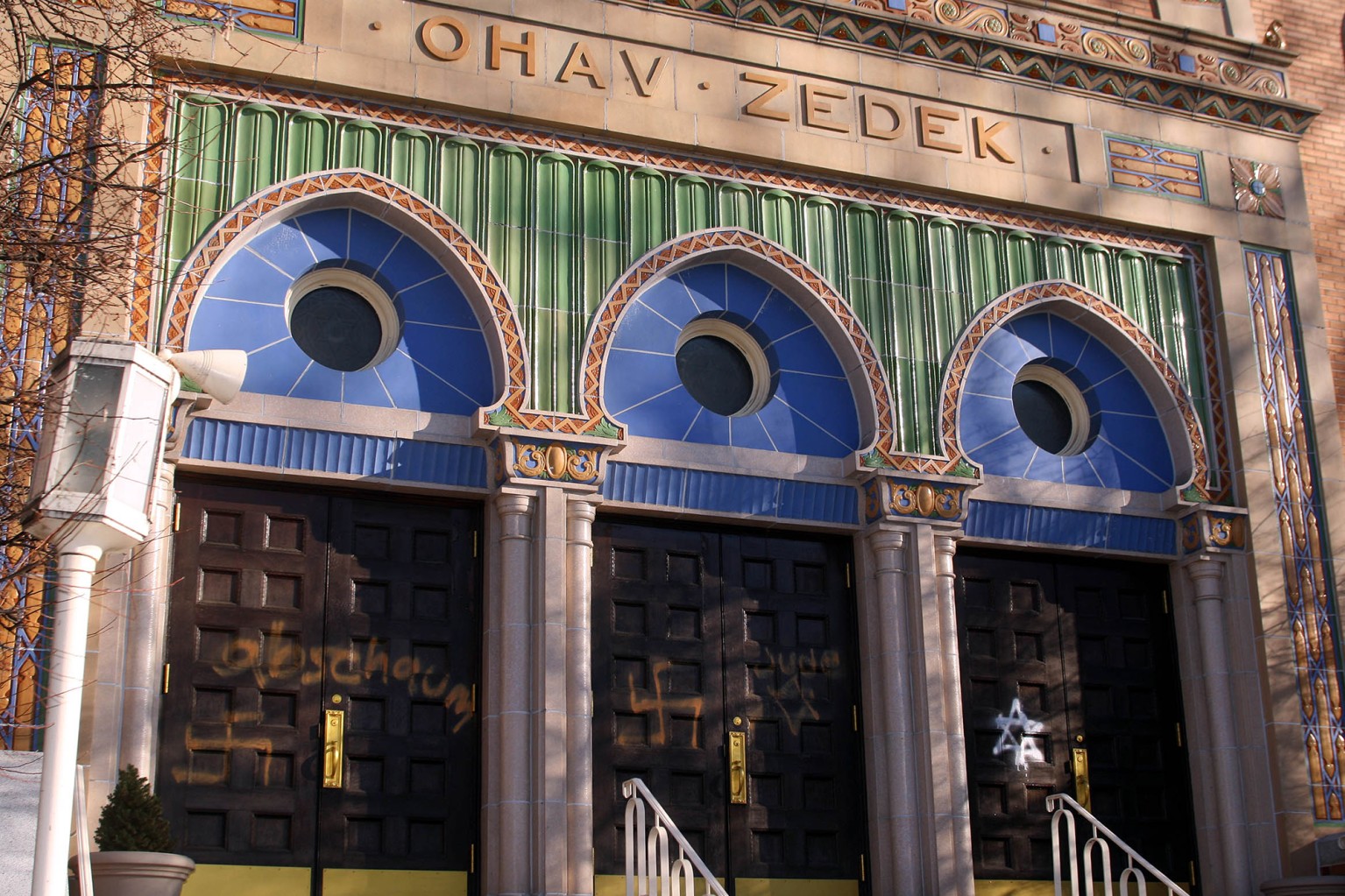 On Tuesday, a man from New Jersey was sentenced to a year and a day of prison for conspiring to threaten and intimidate Jewish Americans by vandalizing minority-owned properties throughout the country in September 2019.

Richard Tobin, 20, of Brooklawn, New Jersey was found guilty and sentenced yesterday by Judge Kugler in the Camden federal court. In addition to the prison term, Judge Kugler sentenced Tobin to three years of supervised release.

Tobin had admitted that from Sept. 15 to Sept. 23, 2019, he was a member of a white supremacist group, “The Base,” and during that time, he communicated online with other members and directed them to destroy and vandalize properties affiliated with African Americans and Jewish Americans.

Tobin implored members of The Base to post propaganda flyers and to break windows and slash tires belonging to African Americans and Jewish Americans. On Sept. 21, 2019, members of The Base vandalized synagogues in Racine, Wisconsin, and Hancock, Michigan, by spray painting them with hate symbols.

In response to the sentencing, acting U.S. Attorney Rachael A. Honig of the District of New Jersey said, “Richard Tobin encouraged hateful acts of violence against individuals and their houses of worship, based on their religion or the color of their skin. Justice demanded that he be held accountable for these racist and anti-Semitic actions, and we are proud to have joined with our colleagues in the Civil Rights Division and the Joint Terrorism Task Force in doing so in this case. Our commitment to protecting the civil rights of all in New Jersey is steadfast.”