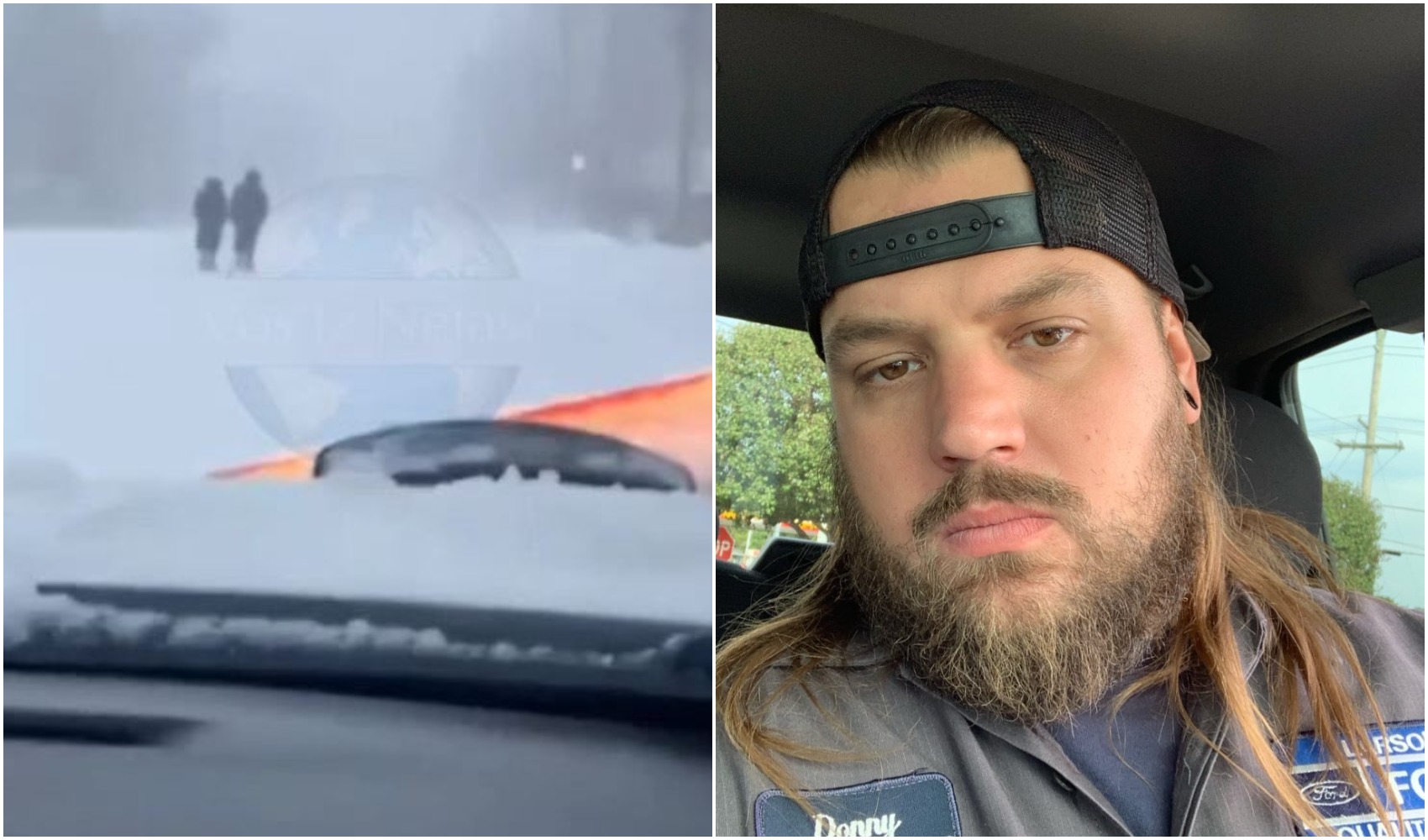 Charedi victims of the recent snow plowing incident have pressed charges against the intentional attacker who targetted them this past Shabbos. The plow driver will now be facing a criminal probe after being suspended by the City.

Just last Saturday, two Orthodox Jewish men were targeted in Lakewood, when a plow driver passed by them and deliberately showered them with snow, before driving off and laughing in what is being called an intentional hate crime, based on a video posted on social media.

The incident happened while the plow operator and a passenger in his truck were out clearing roads. The passenger recorded the video with his phone as the driver approached the two men walking along County Line Road near the Jackson Township border. The driver has since been suspended from his job and could face hate-crime charges, pending the outcome of a police investigation.

The man behind the wheel of the truck is an employee of trash and recycling hauler Waste Management.  The company said the man was off-duty at the time and he has been suspended, pending the outcome of the investigation. “… (W)e can confirm that this behavior will not be tolerated from any WM employee and we will not employ those who act in this way.”

On Tuesday the NBC4 spoke to community members in Lakewood who shared their disgust over the incident in interviews, and the media outlet also reported that the two men hit by the snow plan to press charges.