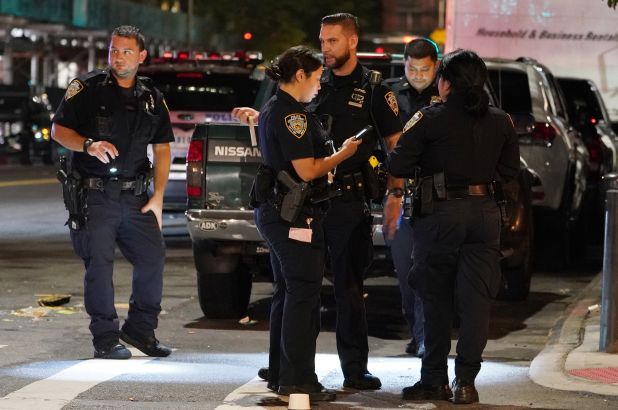 After around 156 complaints from New Yorkers citing the disregard for wearing masks by NYPD officers, new guidelines were placed last Friday, in order to ensure ‘disciplinary action’ for officers who don’t comply with the COVID measures. For months together, not a single police officer was charged or penalized for not wearing a mask, despite the strict rules that have been put into place.

After facing surmounting pressure from watchdog groups including the Civilian Complaint Review Board, it has come to the forefront that NYPD officials have not fined or disciplined a single police officer for failing to wear a face-covering, despiting fining citizens for the same. The warning came after nine zip codes reported coronavirus positivity rates above three percent, and residents have launched complaints about officers ditching the public health measure.

It has been reported that numerous NYPD officers who had been seen not wearing a mask since May were just verbally reprimanded, with no associated discipline. An email sent out Friday to NYPD officers reiterated ‘that they are required to wear face coverings at all times when performing duties in public areas, department facilities and whenever social distancing is not possible.’The memo added that officers needed to don proper face masks instead of alternatives like scarves, bandannas, and handkerchiefs.

Addressing the concerns in a statement, and assuring stricter compliance by officers, City Hall spokeswoman Julia Arredondo spoke to the New York Post, saying, “The Mayor and Police Commissioner Shea are committed to ensuring all New Yorkers wear masks, including the members of the NYPD. We are taking important steps to reinforce the mandate that all officers must wear masks and enforce appropriate discipline for non-compliance.”

Finally addressing civilian concerns for months altogether, Mayor Bill de Blasio said that the city will now enforce the mandate, with Arredondo also vowing that any documented non-compliance will result in an investigation and discipline if substantiated. Police officials will now hand out masks at roll call and remind officers during each tour to wear the face coverings.

Since the coronavirus pandemic hit New York terribly, 46 NYPD officials have lost their lives due to the lethal viral infection.