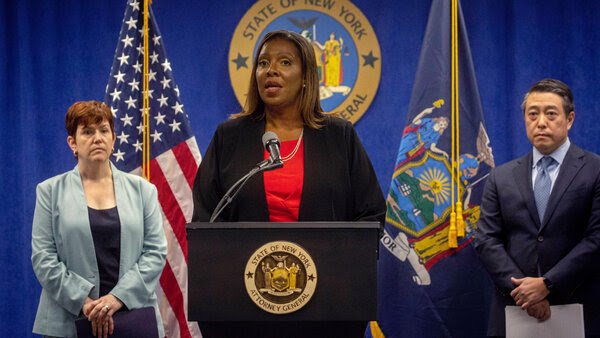 Attorney General Tish James has a good chance of becoming the next governor of New York if she decides to pursue it next year.

Based on the poll conducted by Data for Progress between Aug. 6 and Aug. 11, James leads the gubernatorial race with 26% percent.

She is followed by Hochul and de Blasio who both received 14% support.

The third place went to Suozzi with eight percent.