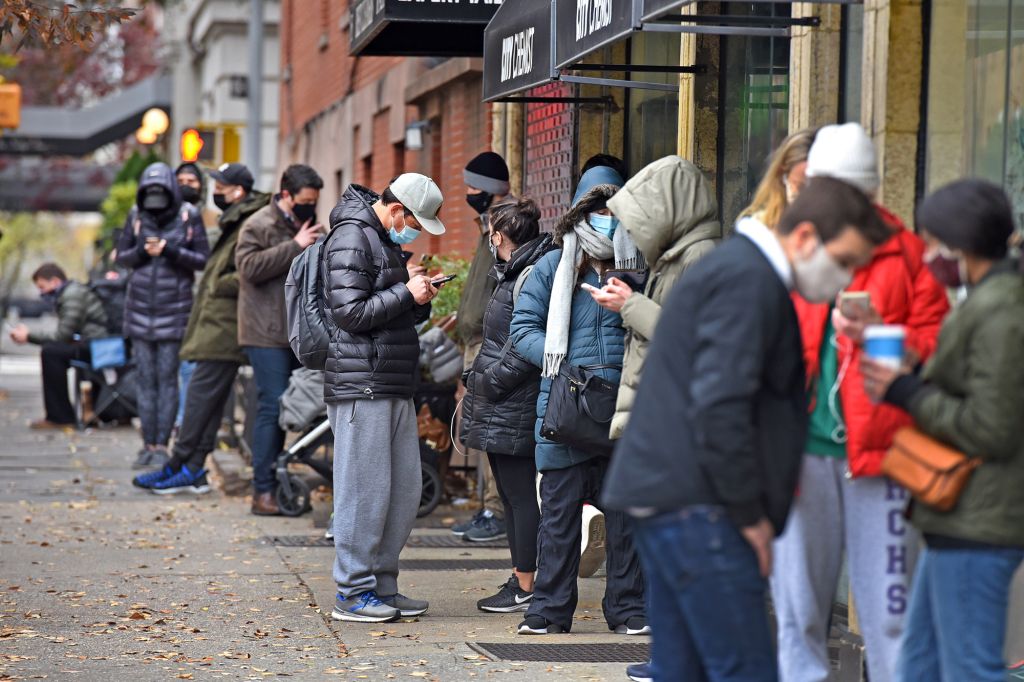 Just as New Yorkers began feeling some respite in the virus uptick since the colossal and extremely devastating first wave in the city, the din warning of another wave has been sounded, as the nation gets closer to a possible vaccine approval.

Reporting the number of hospitalizations on Sunday, Cuomo said 55 people were reported to have died from COVID-19 on Saturday, while hospitalizations and ICU patients rose slightly. He said the state would be revealing its “winter plan,” or “next-phase plan,” to keep the virus in check starting Monday.

Looking at the broader spectrum of things, Dr. Anthony Fauci, the nation’s top infectious disease expert said on Sunday that the US may see “surge upon a surge” of the coronavirus over the coming weeks, and he does not expect current recommendations around social distancing to be relaxed before Christmas.

Speaking to ABC, Fauci said, “When you have the kind of inflection that we have, it doesn’t all of a sudden turn around like that. So clearly in the next few weeks, we’re going to have the same sort of thing. And perhaps even two or three weeks down the line … we may see a surge upon a surge.”

The number of new Covid-19 cases reported in the United States topped 200,000 for the first time Saturday. The highest previous daily count was 196,000 on November 21, according to data from Johns Hopkins University.