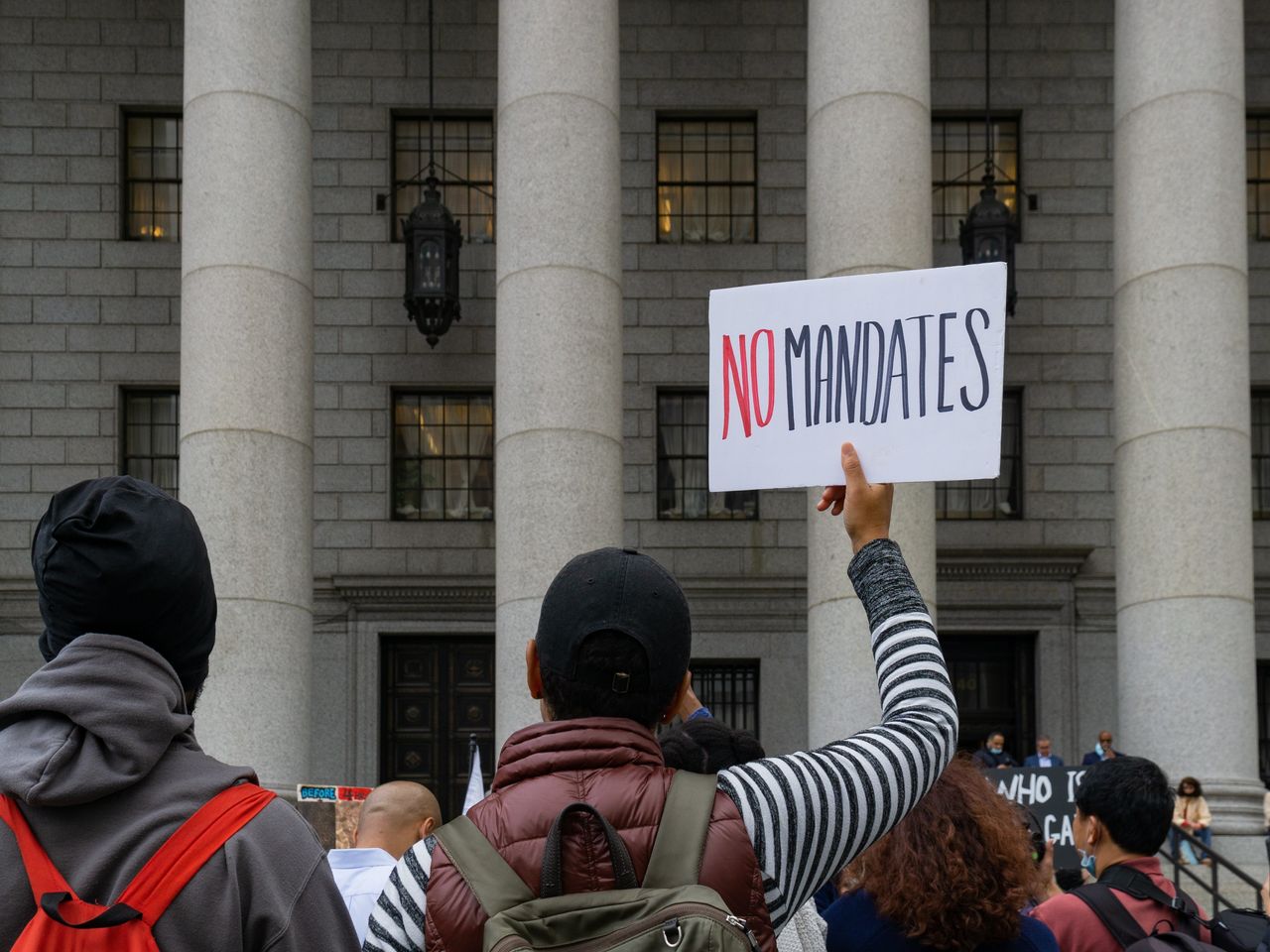 On Wednesday, a court ruling by Judge Lizette Colon rejected the Police Benevolent Association’s plea to temporarily place a restraining order on the vaccine mandate for the NYPD and other city workers.

According to Colon’s ruling, the city’s COVID-19 vaccine mandate can take effect as scheduled, while also ordering city officials to appear in court on Nov. 12 to defend the requirement against a union lawsuit seeking to have it declared illegal.

Source: Photograph by Natalie Keyssar for The New Yorker

As it stands, police officers, firefighters, garbage collectors, and most other city workers must show proof that they’ve gotten at least one dose of the COVID-19 vaccine by 5 p.m. Friday. Workers who don’t comply will be put on unpaid leave starting Nov. 1. Previously, city workers were able to show proof of a negative test to stay on the job.

Furthermore, a federal appeals panel presiding in another mandate-related case on Wednesday seemed to be supportive of arguments that a New York state vaccine mandate for health care workers does not violate their Constitutional rights even though the mandate doesn’t provide religious exemptions.

In response to the happenings, NYPD spokesperson Al Baker provided a one-sentence written statement: “We will be prepared for any changes in personnel due to the mandate.”