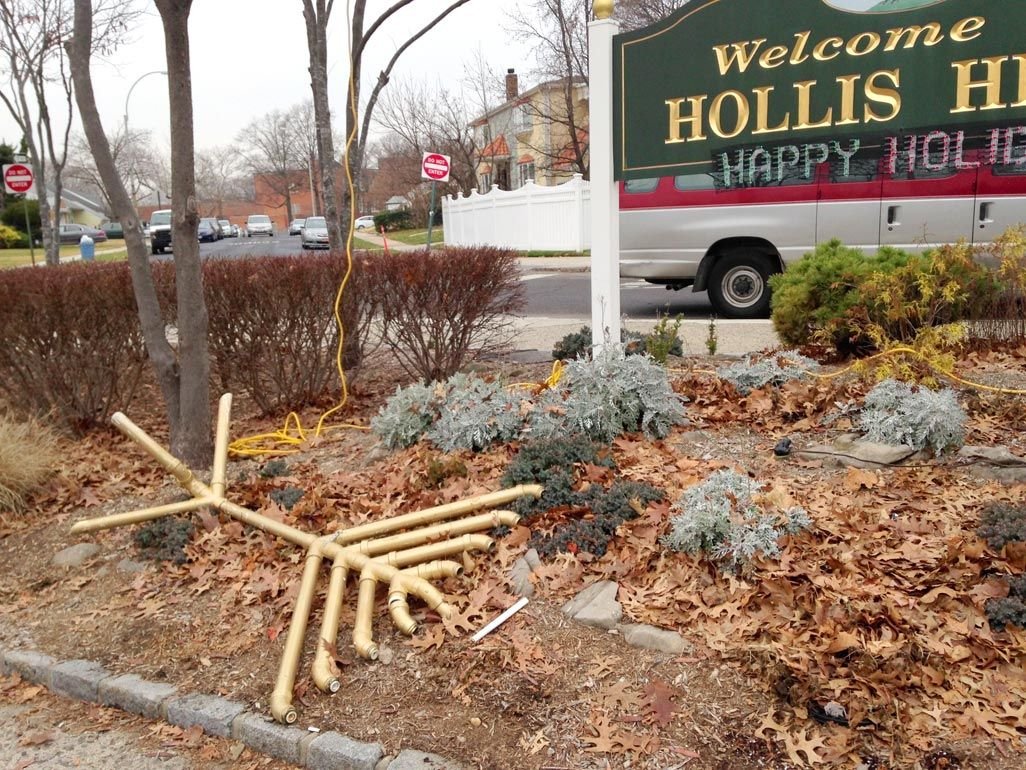 On Tuesday, several New York Lawmakers and religious heads condemned the vandalism of a menorah located on a traffic island in the Hollis Hills neighborhood of Queens- which was a second-time occurrence after 2014.

The large menorah was seen knocked into the road and had most of its lights broken, according to Assemblyman David Weprin’s office on Tuesday. After the incident, which was the second time since 2014, Rabbi Yerachmiel Zalmanov of Chabad of Eastern Queens, which sponsors the display, reported the vandalism to the NYPD.

“Hanukkah is a time of peace and joy. No acts of vandalism or antisemitism will ever be tolerated,” said Assemblyman David Weprin. “Each incident is dehumanizing and a repugnant stain on our community. We are watching. The hard-working members of law enforcement are watching. And this community — where we always have each other’s backs — is watching.”

Also attending the community gathering was State Senator John Liu, who said, “Barely a week has passed since our community came together to condemn an act of antisemitism at Bagels & Co., and today, we are compelled to once again gather in defiance of yet another act of intolerance. That this vandalism occurred as New Yorkers celebrated the first night of Hanukkah stings all the more, but our community will never waiver in our determination to fight back against hatred and division in any form.”