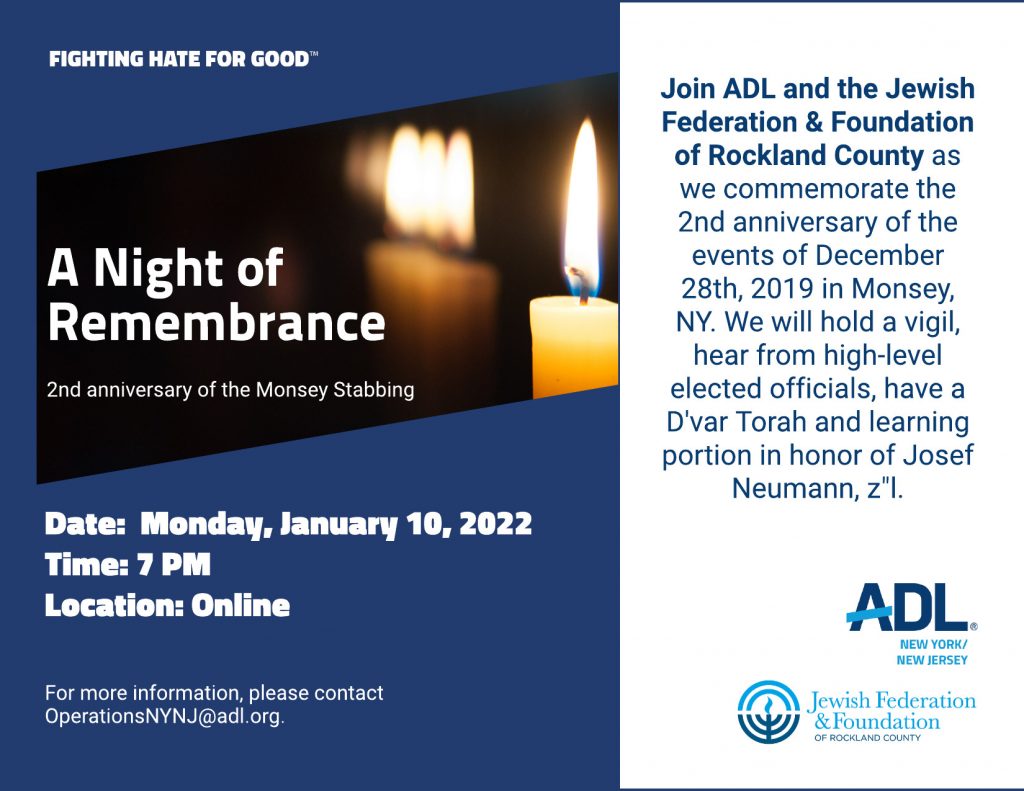 “Hate has no place in our state and no one should ever feel unsafe in their own home, community or house of worship,” Hochul said. “Our work is not done and it never will be as long as that hatred remains, either underneath the surface or in plain sight.”

Meanwhile, attorney general Letitia James said of the attack that killed Josef Neumann, “this was a single act of horror, but we must also remember the long history it reminds us of. Antisemitism is an ancient, resilient, and deadly form of poison, a cancer that must be stamped out. When a Jewish home is violated, all of us are violated. When a Jewish person is assaulted, all of us are assaulted.”

The event was organized by the Anti-Defamation League and the Jewish Federation and Foundation of Rockland County, and also included statements and a memorial ceremony with US Congressman Mondaire Jones, local leaders, and a rabbi who said he knew the victim well.

Two years since the attack, the vile perpetrator Grafton Thomas is being held in a mental health facility amid ongoing legal proceedings, since Thomas’ attorneys have argued he was not motivated by antisemitism and has struggled with mental illness for years.

On the other hand, federal prosecutors have said Thomas kept handwritten journals containing anti-Semitic comments and a swastika and researched Adolf Hitler’s hatred of Jews online before the attack.