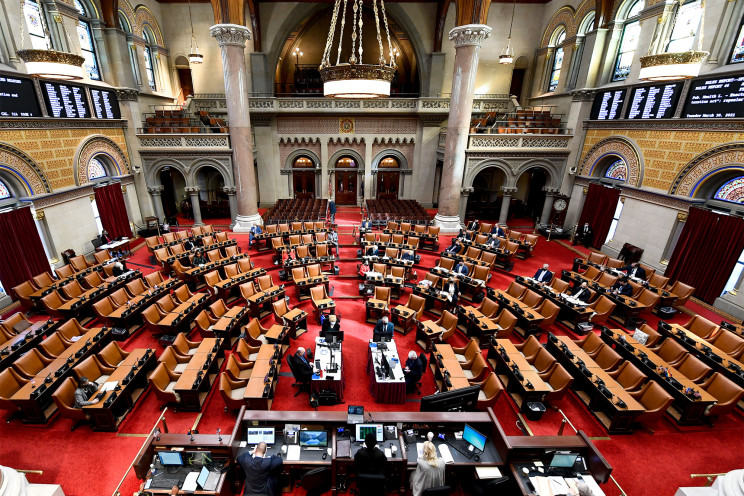 The state legislature on Wednesday has approved a measure to extend the state’s eviction moratorium through Jan. 15.

The measure will address parts of the law the U.S. Supreme Court recently struck down.

Sources said the 63-member state Senate voted to approve the bill by a 38 to 19 vote — accounting for five absences — around 7 p.m. following several hours of debate.

After the Senate approves the bill, the 150-member state Assembly followed suit around 9:30 p.m. by approving the bill with 80 to 60 votes.

Now that the bill is passed by both chambers, it will now be delivered to Hochul, who is expected to sign it into law.

The soon-to-be law will reauthorize the pandemic-era tenant protections that expired at 11:59 p.m. Tuesday.

Those protections were in place since the beginning of the crisis to protect New Yorkers who suffered financial hardship due to COVID-19.

The provision was inserted in view of the Supreme Court ruling after landlord groups filed an emergency suit challenging the law.

In it, property owners argued the rule provided no legal recourse for them to counter tenant claims.

Aside from the said provision, the package also includes several million dollars in additional state and federal aid to help struggling tenants and landlords as well as administer the state’s new $2.85 billion rental relief program, following the addition on Wednesday of $150 million on top of the sum current sum devoted to it.