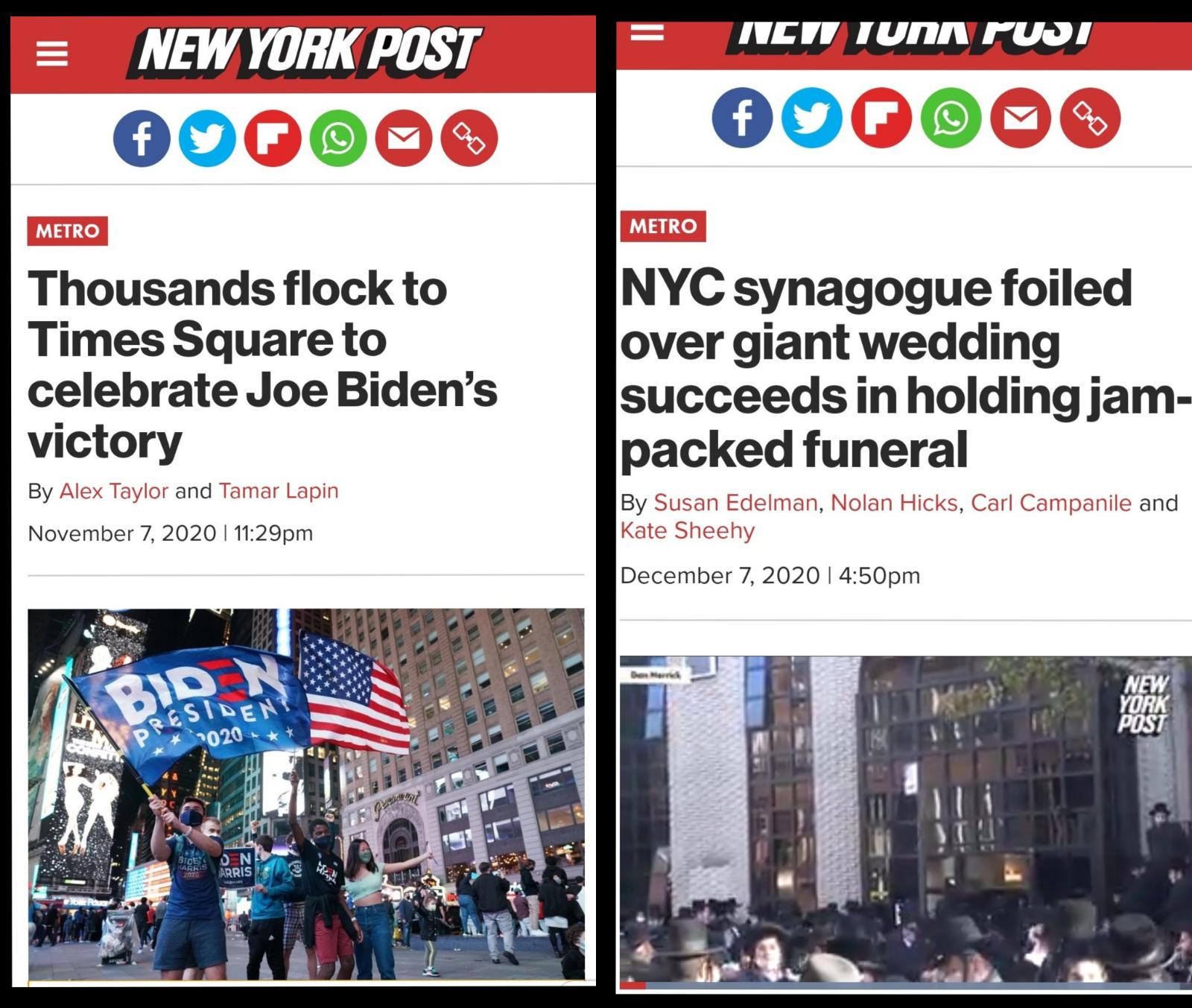 In just a gap of thirty days, the NY Post published two articles of big gatherings, and of course, Orthodox Jews were trashed for a potential mass-spread of the coronavirus.

On November 7th, 2020, the NY Post published an article how people were having fun and celebrating Joe Biden’s, victory with the title: “Thousands flock to Times Square to celebrate Joe Biden’s victory“, with no mention of the gatherings being an issue due to COVID-19. while thirty days later, on December 7th, 2020, the NY Post published an article slamming orthodox Jews on a potential mass-spread of coronavirus after Orthodox Jews in Williamsburg payed their last respects at a funeral of a beloved one that died, with the title: NYC synagogue foiled over giant wedding succeeds in holding jam-packed funeral.

This is not the first time that the NY Post is negatively covering Orthodox Jews with articles filled with hate against the Orthodox Jews, the same way our Governor and Mayor acts. Several community activists on Twitter, including Ushi Teitelbaum and Hershy Marton, have condemned this article, as well, the Ami Magazine tweeted ” Twitter rightfully blocked @nypost. But for the wrong reasons“.

We should all respectfully send emails to the post demanding the Post to remove the hateful article, as well, they should stop trashing Orthodox Jews on their website.