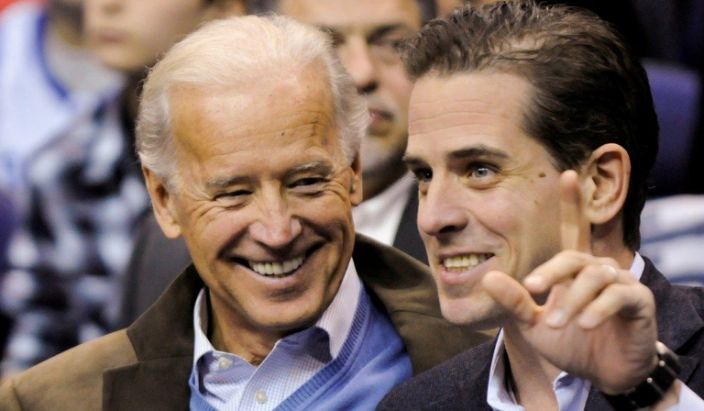 Exposing a massive reveal about Hunter Biden, his unlawful transactions, and misuse of familial relations, the Post acquired a series of emails from Burisma that detailed Hunter’s discussion leveraging his connection to his father in a bid to boost his pay from the Ukrainian natural gas company.

Hunter Biden was on the board of Burisma, a Ukrainian natural gas company, from 2014 to 2019 while his father headed the Obama administration’s Ukraine policy as Vice-President in the days.

In the emails, Burisma adviser Vadym Pozharskiy, claimed “Dear Hunter, thank you for inviting me to DC and giving an opportunity to meet your father and spent [sic] some time together,” Pozharskiy wrote to Hunter Biden on April 17, 2015. “It’s realty [sic] an honor and pleasure.”

The documents were recovered from a laptop computer dropped off at a repair shop in Delaware in April 2019, and include sexually-explicit photos and video of Hunter Biden.

Over the years President Trump has repeatedly alleged that Joe Biden pressured the Ukrainian government in December 2015 to fire former head prosecutor Victor Shokin, who had conducted a probe of Burisma over alleged corruption, in order to protect Burisma from scrutiny. Biden has denied each and every allegation until now, but the e-mails acquired by the Post go to show otherwise.

With this reveal, Hunter Biden’s unethical dealings have been made crystal clear, and show indications of several corrupt transactions with respect to Burisma. Furthermore, the Senate Intelligence Committee report on the matter had also shown that Hunter Biden engaged in “potential criminal activity” with financial transactions between “Ukrainian, Russian, Kazakh, and Chinese nationals.”

The emails also go on to show that the Obama administration let a Democratic Public Relations company- Blue Star,  that worked for Ukrainian energy firm Burisma take part in a conference call about an upcoming visit to Ukraine by then-Vice President Joe Biden.

As of now, the Senate Homeland Security and Governmental Affairs Committee confirmed it is working with the repairman who acquired the laptop, in order to investigate the explosive cache of documents about Hunter Biden’s foreign dealings.