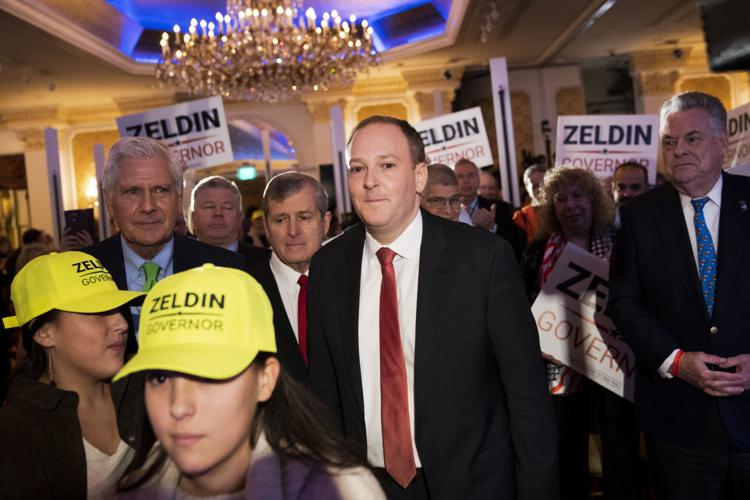 On Tuesday, New York GOP members chose U.S. Rep. Lee Zeldin as their candidate for governor, at a convention on Long Island.

Set to face a primary challenger in June, Zeldin has made cracking down on crime a centerpiece of his campaign, at a time when polls indicate it’s a top issue for many voters.

This being said, New York hasn’t elected a Republican governor since George Pataki won reelection in 2002, but the party has seen some wins recently in local and county elections in November.

In his address on Tuesday, Zeldin, who represents eastern Long Island in Congress, accused Democrats of being soft on criminals and overzealous in imposing safety protocols intended to fight COVID-19.

“This is a battle for the heart and soul of our state,” said Zeldin, an Army Reserve lieutenant colonel. “I’m running so the people feel they are back in control of their government again.”

“It’s about restoring order, it’s about backing the blue,” Zeldin told convention attendees, later adding: “This is a rescue mission to save our state that will be successful.”

He called for a law enforcement bill of rights that would ensure police officers have the right to self-defense. He also vowed to repeal criminal justice reforms passed by the Democratic-led Legislature in recent years, including a 2019 law that barred money bail and pretrial detention for most misdemeanor and nonviolent felony charges.