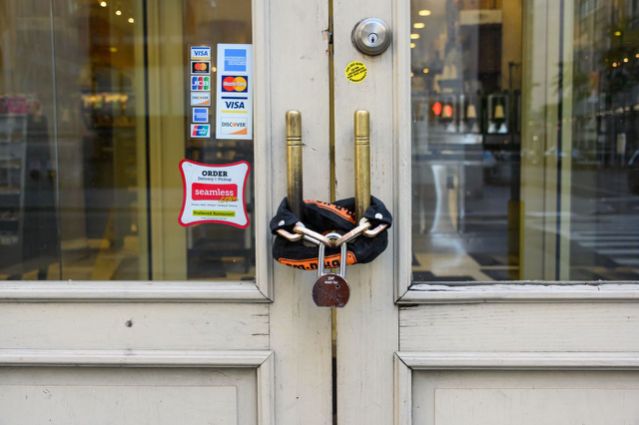 In New York, one of the most hard-hit businesses during the COVID-19 pandemic has been the hospitality industry, which saw repeated shutdowns as well as a ban on indoor dining that has been dragged to this day. In response to the colossal mismanagement by the Cuomo administration, and to boost the contribution of restaurants towards an ailing economy, New York Republicans came up with a plan under the backdrop of ‘Restaurant Week’.

On Tuesday, Republican state lawmakers charged at Governor Andrew Cuomo for refusing to say when New York City restaurants can resume indoor dining. The group also unveiled a series of measures intended to aid the state’s struggling hospitality industry, so as to give impetus during the pandemic-inspired “NYC Restaurant Week To Go”.

In order to revive the hospitality industry and provide respite to restauranteurs who are facing surmounting losses, these proposals include prohibiting app-based delivery services from charging higher fees than they did on March 1, automatically extending liquor licenses for one year, temporarily lifting state taxes on food and drinks sold at restaurants and bars, and providing small businesses with a 90-day grace period to pay any state fees or penalties.

State Sen. George Borrello (R-Jamestown), a restauranteur himself, said, “It’s Restaurant Week in New York City right now. Normally, a great way to not only put a boost to our economy but highlight some of the great institutions — and that has been absolutely shattered by not only the pandemic, but by bad policy. There’s been a lot of fear created out there and as a result, people are hesitant in a lot of ways to come in.”

Sen. Mike Martucci (R-Kingston) claimed that the Empire State was “leading the nation in the number of closures of restaurants across our state. The folks that own restaurants — our small business owners – are our friends and our neighbors. And each one of us has a memory, a fond memory, at a local bar or restaurant or our favorite tavern.”

Reacting to the conference held by the Republicans, Cuomo spokesman Rich Azzopardi said, “The Governor just laid out a bold and far-reaching plan to reopen and fully restart our economy safely after a year of fighting this pandemic, including $130 million relief plan for restaurants and small businesses – but let’s be clear all of our decisions are based in data and science, not on politics and what you think would make people happy, public health be damned.”