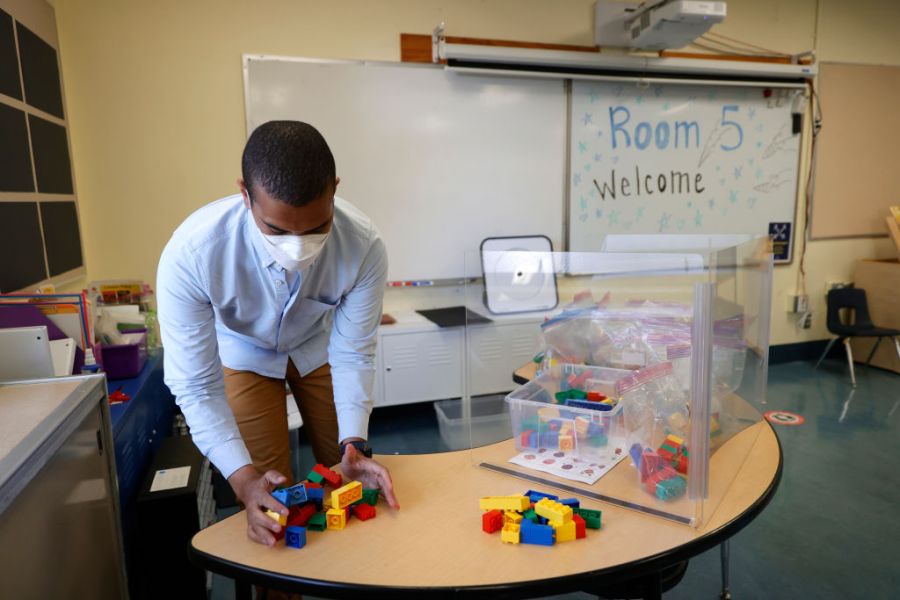 After a federal appeals court lifted an injunction that temporarily blocked the vaccination mandate for school staffers on Monday, the city set a Friday deadline for all teachers and school workers to get at least one shot of the vaccine by Friday.

Mayor Bill de Blasio gave teachers until the end of Friday to get their first shot after the court formally lifted the injunction Monday evening.

In response to the new deadline, the United Federation of Teachers said the Friday extension still might not be sufficient. A new survey of chapter leaders found that “only about one-third believe that as of now their schools can open without disruption, given the potential shortage of unvaccinated personnel, including school aides and security personnel.  The city has a lot of work before it to ensure that enough vaccinated staff will be available by the new deadline.”

Those who remain unvaccinated after the city’s new deadline can either take a year of unpaid leave with health insurance or leave the DOE with a severance package. This being said, de Blasio asserted that there won’t be any gaps in learning due to a shortage of approximately 7,000 teachers if they remain unvaccinated. He mentioned that new DOE hires and substitute teachers will be able to fill any staffing holes.