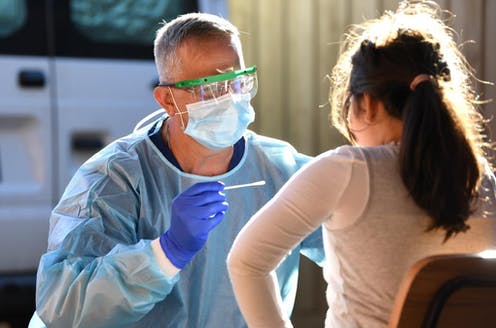 State Education officials on Tuesday, stated that New York school districts can’t force students to get COVID tests in order to attend in-person classes. According to the directive, even if schools are required to test a certain percentage of students and staff each week under state rules, they “cannot impose remote instruction on students whose parents/guardians do not consent to surveillance tests for COVID-19.”

Kathleen DeCataldo, an assistant commissioner at the state Education Department, wrote the new directive, mentioning that “The Department hereby clarifies that parent/guardian consent for COVID-19 testing of students may not be a condition of in-person learning or other school activities.” This new guideline directly contradicts the city Education Department’s policy that requires all students in first grade and above to get tested for in-person learning, unless they have a valid medical exemption. As per the existing City Hall policy failure to test automatically places kids without the documentation into remote-only learning.

DeCataldo said that state Education officials issued the decree because they had “received reports from the field that some school districts are requiring parental consent, on behalf of their children, to COVID-19 testing as a condition of school activities including in-person learning and extracurricular activities.”

Similar to this directive, last fall, Schools Chancellor Richard Carranza said the city would not test children if parents were uncomfortable, and would only shift a child to remote learning if the school could not hit its required monthly testing quota.

But when schools reopened in December after a brief system-wide closure, Mayor de Blasio drew a firm line in the sand. “Students will not be able to attend school unless they have a consent form on record, period,” he said in November. “This is something for everyone’s health and safety.” Students “without consent forms, and who do not have approved exemptions, are transitioned to remote instruction,” city DOE spokesman Nathaniel Styer said at the time.

This time around, it is still unknown what the directive will change in the current scheme of things, and there have been no comments from the state and city Education Department officials. Meanwhile, Teacher’s union chief Michael Mulgrew ripped the directive. “The New York State Education Department statement directly contradicts the reopening plan submitted by New York City and approved by SED that mandates random COVID-19 testing of students and staff — a key element of the plan that has kept our schools the safest places in our communities,” he said. “We have received no official notice that New York City’s plan is no longer approved.”