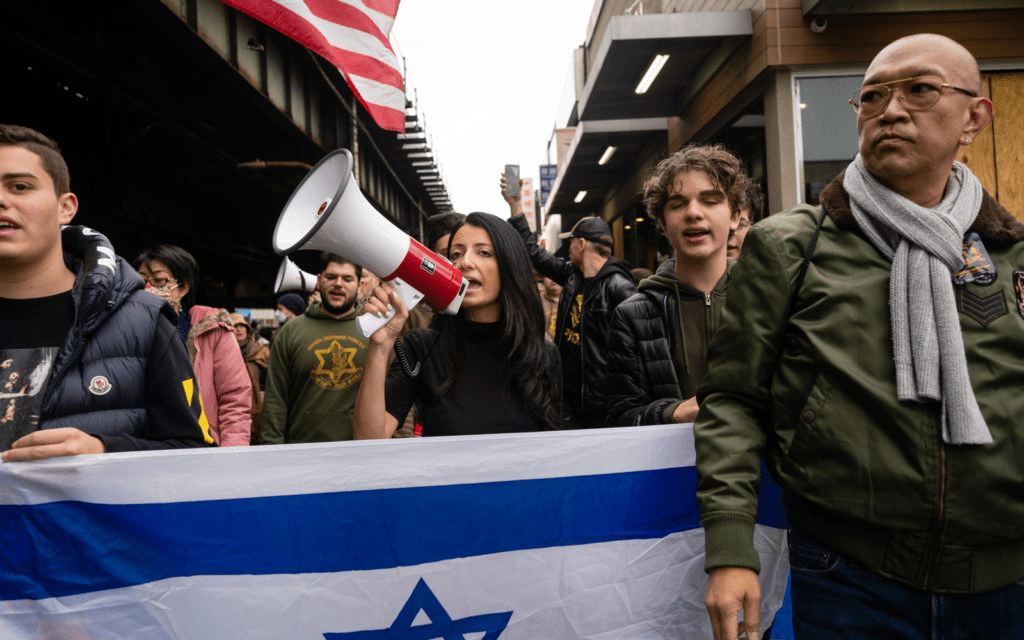 Around 100 members from the Jewish community, as well as those who stand against antisemitism, marched in brooklyn on Sunday, decrying the rampant hate in NYC after two Jewish men were attacked on the street.

Led by Councilwoman Inna Vernikov, the protest was staged as a reaction to the recent antisemitic assault in New York City, wherein Blake Zavadsky and Ilan Kaganovich, both 21, were targetted for wearing an Israel Defense Forces sweatshirt. The NYPD is investigating the attack in the Bay Ridge neighborhood in Brooklyn as a hate crime and has not made any arrests yet.

“This is exactly what we experienced back in the former Soviet Union, the very same place that we escaped. ‘Just take off your Jewish star and we’ll let you work at that factory, just change your last name and we’ll admit you into that university,’” Vernikov said. “This is what we ran from, this is why our families brought us to America and this is exactly what we’re seeing happening in this country again. We fled to this country for freedom, for safety, to be able to simply walk the streets and not be afraid to be a Jew, to wear whatever garments we want, to freely practice our religion. We will not be intimidated,” she said.

Wearing the same IDF sweatshirts and standing strong against hate during the protest were Kaganovich and Zavadsky, who said, “We’re trying to fight antisemitism. Hatred should not be anywhere. There should be no type of hatred in any type of religion, any culture and we’re not going to stop fighting until this is all over.”

Protesters were seen holding signs like “End Jew hatred,” and chanted slogans including, “Jewish blood is not cheap” and “An attack on one is an attack on all.”

Meanwhile, Pro-Palestinian activists and members of the minor anti-Zionist ultra-Orthodox Naturei Karta group held a counterprotest across the street, and Several cars drove past waving Palestinian flags and the two sides hurled insults across 86th street.