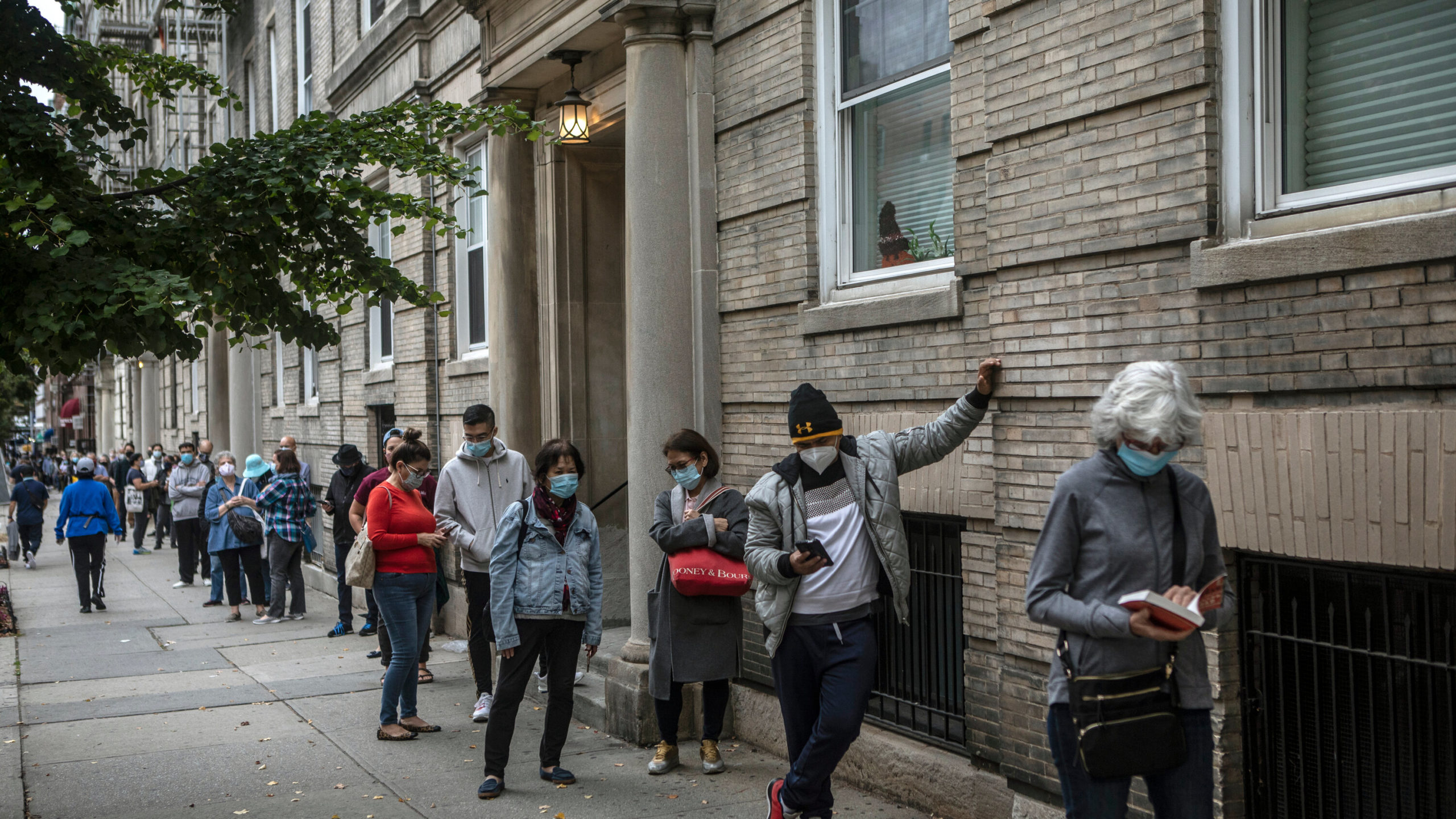 Beginning this Friday, New York City’s Board of Elections will increase the hours for in-person voting, across 88 early voting sites. This comes after numerous sites reported a surge of residents who had to wait in line for hours to cast their votes.

Already battling the coronavirus with the recent uptick in infections around certain areas, New York residents, including Mayor Bill de Blasio waited in lines for hours at a stretch, just so that they’d get an opportunity to vote. Following this hardship especially in such delicate times, the BOE took a call to extend early-voting hours at 88 centers across the city.

Amidst the rush of voters on Tuesday, Mayor Bill de Blasio also stood in line for almost a total of three hours at a polling site in Brooklyn’s Park Slope, where he became subject to various instances of heckling by bystanders and passerby citizens.

On Tuesday, the board voted to add a total of nine hours of voting from Friday through Sunday, which happen to be the final three days of early voting before Nov. 3’s Election Day. Since these three days might see the largest swathe of voters coming to cast their vote, two extra hours of voting will be added on Friday, renewing the total voting time on the day to range from 7 a.m. to 5 p.m.

Criticizing the NYC BOE, the State Board of elections deemed that it was the responsibility of the local election officials to take action to reduce waiting times to comply with the rule that bars waiting times of more than 30 minutes at early voting sites.

Doug Kellner, co-chairman of the state Board of Elections claimed, “The NYC BOE did not have much of a back-up plan to handle the crush of voters…The city did not provide sufficient capacity at these large polling sites and didn’t deploy its personnel in a uniform and efficient manner.”

Meanwhile, during a BOE meeting on Tuesday, Executive Director Michael Ryan stated that the NYC Board was not expecting such an overwhelming footfall, which was partly what resulted in the mismanagement. “We had sites where there was a line of voters three or four hours before the opening of sites. We are aware that there’s an unprecedented volume that needs to be addressed, the Director professed.