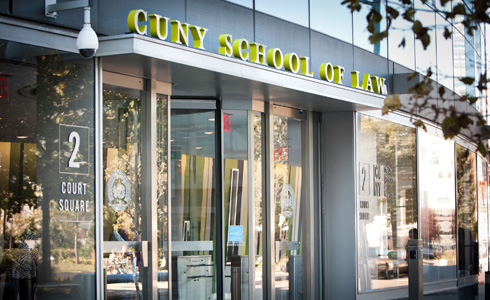 After the CUNY School of Law endorsed the pro-Palestinian Boycott, Divestment, and Sanctions movement against Israel, the New York City Council decided to launch a probe of antisemitism at CUNY and other Big Apple college campuses.

The Council’s Higher Education Committee will hold an oversight hearing called “Examining Antisemitism on College Campuses” on June 8. “The embracement and normalization of BDS by both CUNY students and faculty have fostered an extremely hostile campus environment that has resulted in the more blatant forms of Anti-Semitism that are becoming all too common in our city,” said Bronx Councilman Eric Dinowitz, who chairs the higher education committee as well as the council’s Jewish Caucus.

“It is crucial for the Council to ensure that our CUNY system, a national model for higher education, does not descend into the singling out of the only Jewish state in the world, and in turn, ostracize our Jewish students and residents,” added Dinowitz.

The recent vote by the law school’s faculty council backing the BDS movement was the final straw for the Council and prompted the investigation, according to higher education sources. In response to the school’s anti-Israel vote, Brooklyn Councilwoman Inna Vernikov, yanked $50,000 in funding for CUNY Law School to do pro bono work in her southern Brooklyn district, as punishment.

A spokesperson for Dinowitz said the councilman’s office is still in the process of confirming witnesses, but the hearing will definitely include representatives from CUNY administration, faculty, and students.