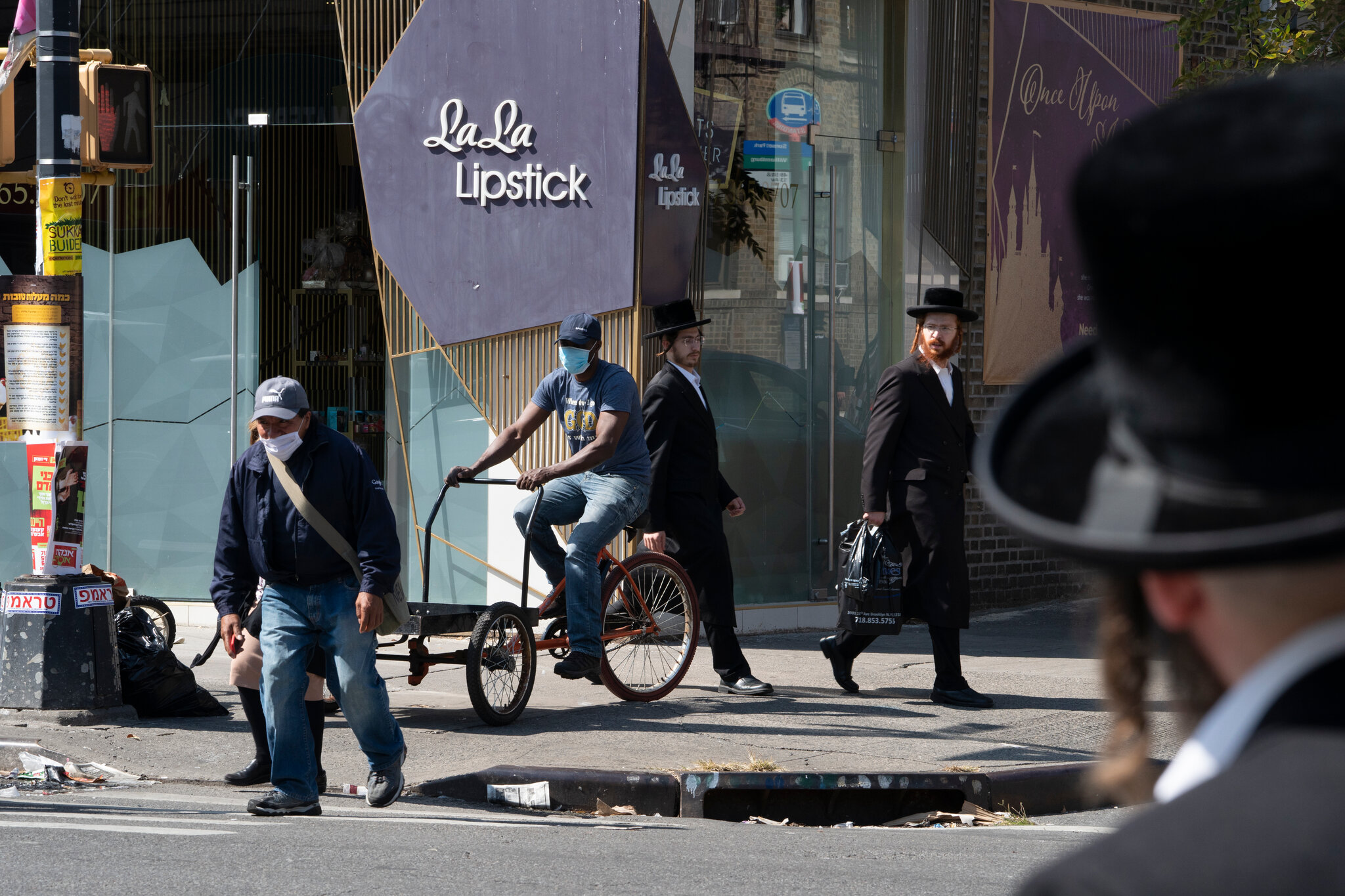 Local Politicians and Askunim are urging Brooklyn residents to adhere to the strict face-covering rules announced by Mayor Bill de Blasio today. Targeting nine zip codes that house a predominantly Jewish population, the Mayor has announced a stringent Mask Patrol that is set to ensure the enforcement of wearing masks in public.

Claiming that heavy fines will be imposed on those who do not comply with the mask guidelines in public, De Blasio threatened that if progress is not made, the city will move to roll back the reopening efforts in those areas, including the shuttering of non-essential businesses, banning gathering of more than 10 people and closing private schools.

A warning that is intended to control the uptick in cases at the nine Jewish occupied zip codes around the city, namely- Gravesend/Homecrest, Midwood, Kew Gardens, Edgemere/Far Rockaway, Borough Park, Bensonhurst/Mapleton, Gerritsen Beach/Sheepshead Bay, and Flatlands, the Mayor announced in a press conference this morning, that testing and mask enforcement would be made more stringent across these neighborhoods. Scattered across Brooklyn and Queens, these areas account for 25 percent of all coronavirus cases citywide over the past two weeks.

“The fact is for the first time in quite a while, the daily number is over 3 percent and that is cause for concern… It is a situation at this point that is very serious and we have to have all options on the table.” de Blasio said during his daily City Hall press briefing. The Mayor added that the city would now be beefing up community outreach in the hot spot areas with more testing and hundreds of additional city personnel handing out face masks, in order to ensure that the transmission of the disease is minimized.

“Anyone who is not wearing a face-covering will be offered one, will be reminded it is required and anyone who refuses will be told if they don’t, they will be fined,” he said. De Blasio also explained that private schools and child care centers will close if they don’t meet the Department of Education standards under an amended order by the city’s health commissioner.

This has made it crucial for residents to comply with the mask standards, and to ensure a self-regulated adherence to the rules.

Ensuring that the enforcement goes as planned, local Politicians along with the Boro Park Shomrim & Eric Adams took a stroll down 13th Avenue in Boro Park handing out masks and bringing Covid-19 awareness to the community.

WATCH THIS: The media is targeting our community by focusing on the individuals not wearing masks, while most people present on the street are properly wearing masks.