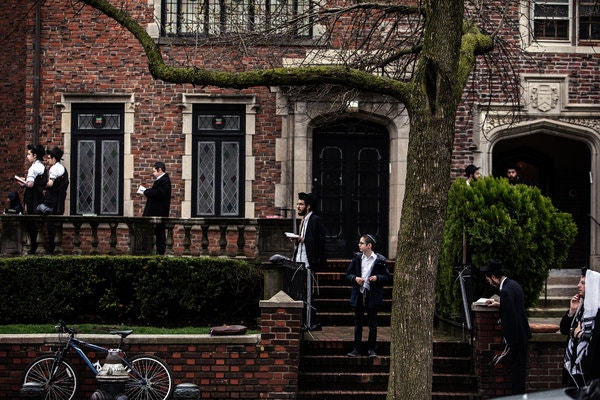 According to new data, Six Jewish neighborhoods in Brooklyn and Queens are currently contributing towards 20 percent of all new COVID-19 cases in New York City, causing significant concerns as infections continue to rise by the day.
Health officials have stated on Tuesday, that this new development is part of a local surge in the global pandemic that includes a stretch of southern Brooklyn dubbed the “Ocean Parkway Cluster.”

A major cause for concern, particularly because New Yorkers are worried about the possible beginning of the second wave of cases, after a brutal spring and relatively quiet summer, authorities have cited the situation as “urgent,” and said the test results represent “a significant concern” that “will require further action if noncompliance with safety precautions is observed.”
The cluster, along the thoroughfare in Midwood, Borough Park and Bensonhurst, reported a 4.7 percent rate of positive tests last week alone, well above the citywide average of 1 percent, according to data from the city Department of Health & Mental Hygiene. Apart from this, data shows that nearly 3.7 percent of those tested in Edgemere-Far Rockaway also tested positive, as did 2.2 percent in Kew Gardens.
Williamsburg also recorded a 2 percent positive-test rate.

Williamsburg, Far Rockaway, Ocean Parkway and Kew Gardens have seen cases double or triple since Aug. 1, and now make up one in every five cases in the city.

An email from the health department detailed,“At this point in time, these increases could potentially evolve into more widespread community transmission and spread to other neighborhoods unless action is taken. We are monitoring the situation for the need to take further steps in these areas.”

The Mayor and city officials have urged residents to adhere to the rules in place with regards to social distancing and smaller-sized gatherings, so as to avoid the further spread of the virus in the coming days.