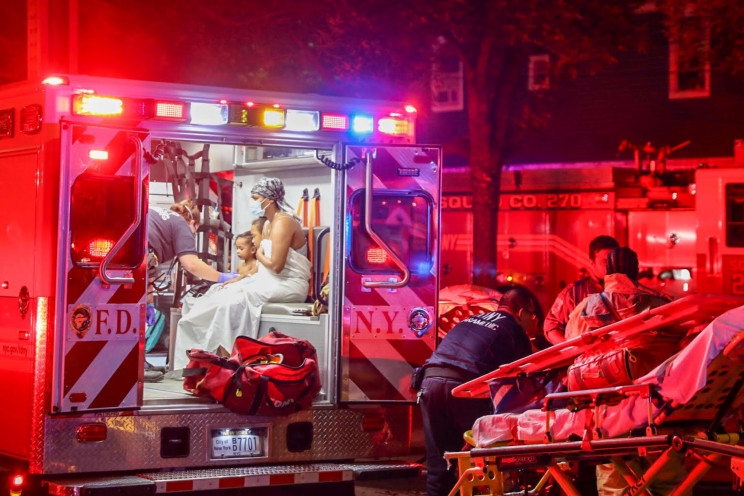 A fire that broke out in the basement of his Queens home early Wednesday caused the death of a nine-year-old boy and injury to 11 others.

The local police identified the dead boy as Remi Miguel Gomez Hernandez who was found unconscious in the three-story private home on 102nd Road near 81st Street in Ozone Park, where the blaze broke out around 2 in the morning.

The EMS who responded to the fire pronounce him dead on the scene.

The initial police investigation also revealed that 10 other civilians and one firefighter were injured in the fire.

The injured victims are now being treated for their wounds at Jamaica Hospital Medical Center.

After 30 minutes, the fire was under control by the firefighters.

A deeper investigation is now underway to determine the exact cause of the fire.