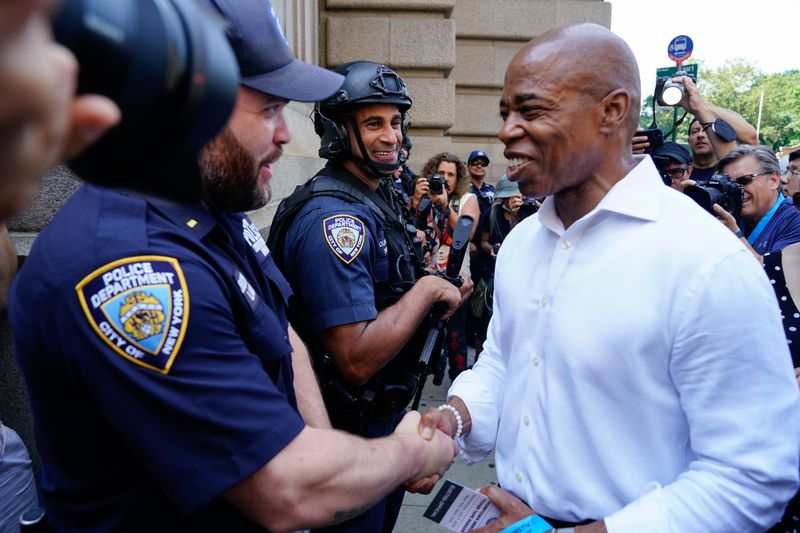 “If we need to hire more, darn it, we’re going to hire more, and nothing is going to get in the way of that,” Adams told WABC in an interview that aired Sunday.

Adams however clarified that before he can do the hiring of more police officers he will analyze first “how we are deploying what we have” and assign cops “sitting behind the desk” to patrol duty.

Sources said since Adams took oath as NYC mayor, the city has seen five police officers shot — two of them fatally — and horrifying acts of violence like the Jan. 15 killing of Michelle Go, who was pushed to her death at the Times Square subway station.

According to reports, President Biden is set to visit Manhattan on Thursday to discuss gun-violence policy with Adams.

“I believe with his help, we’re going to stop the flow of guns,” Adams added.

Among his plans is the return of a controversial plainclothes unit of the NYPD, a step he promised on the campaign trail last year.

He is also voicing criticism of the state’s “raise the age” law that bars 16- and 17-year-olds from being charged as adults.