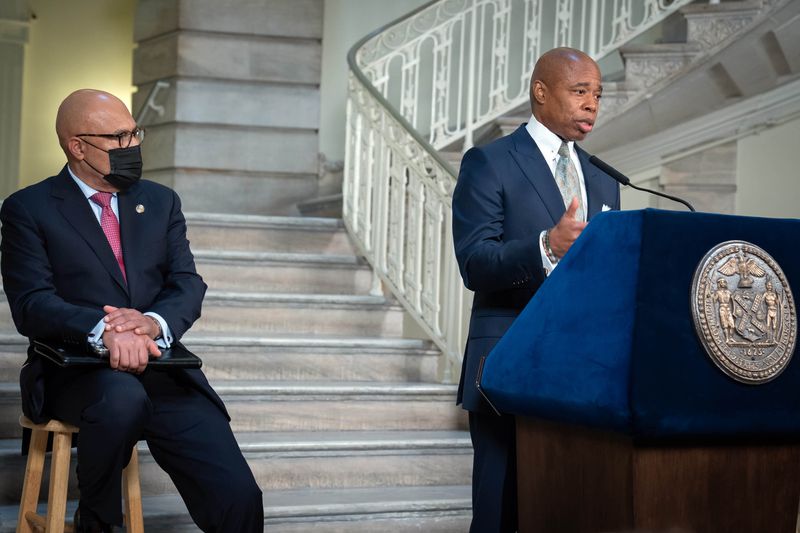 According to reports, the 2023 fiscal year preliminary budget, which marks the first salvo in a months-long negotiation process with the City Council, is about $200 million smaller than former Mayor Bill de Blasio’s 2022 budget.

Adams explained the decrease to the 3% spending cut he ordered at nearly all municipal agencies last month.

“My administration is laser-focused on fiscal discipline,” Adams said.

“We are not spending our money. We are spending your money,” Adams added.

He credited the 3% shave, known as a “Program to Eliminate the Gap” or PEG as reasons for the lower budget than his predecessor.

Sources said Adams’ budget expects to reduce municipal government spending by nearly $2 billion and head count by 10,200 over the 2022 and 2023 fiscal years without any layoffs.

The Democratic mayor revealed among the agencies ordered to trim the fat is the NYPD.

He said NYPD will see a “slight decrease” in spending as he works to phase out redundant administrative positions in the department and put more cops on patrol.

Despite the budget cut, Adams assured the public that the NYPD budget stabilization will not take away from his mission to crack down on the city’s recent spike in violent crime — and did not rule out hiring more officers.

“No matter what we do, I’m going to make sure we have the right number of officers to keep our city safe,” he said.