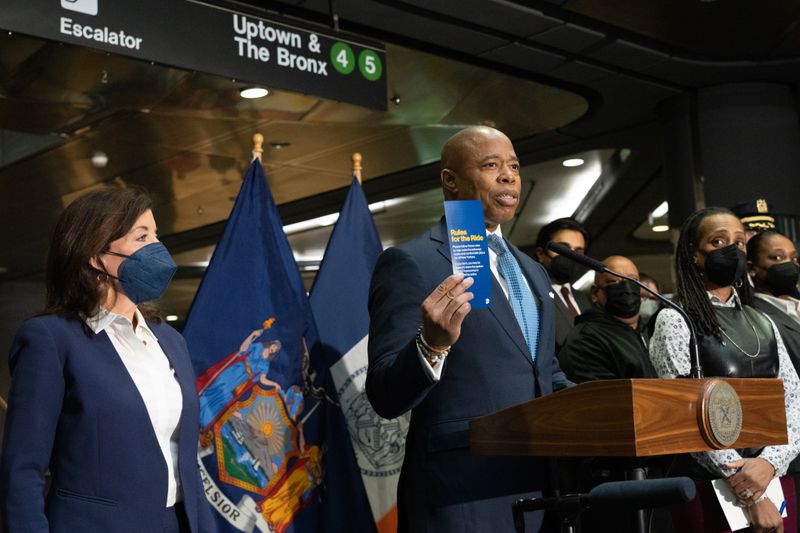 New York City mayor Eric Adams revealed on Friday his ambitious plan to remove all homeless in the city’s subways.

Based on his plan, Adams will seek funds from New York governor Kathy Hochul to provide shelter and medical treatment to all homeless in the Big Apple subways.

Adams said he will send teams of cops, mental health workers, and homeless services specialists throughout the transit system to engage — and, in some cases, remove — people in need of help.

“You can’t put a Band-Aid on a cancerous sore. That is not how you solve the problem,” Adams said.

“You must remove the cancer and start the healing process,” Adams added.

To avoid harm, Adams said rules of conduct will now be strictly enforced.

Moreover, Adams said the city will also be taking a more aggressive approach to homeless people who use trains and stations as shelter.

“There’s one case where a woman has been living under a stairway in the system for months. This is not acceptable,” he said.

“That is not dignity. That is disgusting. And that’s not who we are as a city,” he added.

Hochul expressed support to the proposal of Adams and proposed $27.5 million in additional funding for psychiatric beds statewide, $12 million more for supportive housing beds, and a $10 billion plan to shore up hospitals and the state’s health care workforce.

Hochul also plans to increase the state reimbursement to hospitals and other health care providers by 10% when addressing long-term mental health needs. She called on the federal government to do likewise and bring the total reimbursement for such services up to 20%.

“We need to talk about what’s involved in the removal and involuntary commitment for the highest need individuals, individuals who truly have demonstrated they’re not capable of taking care of themselves,” Hochul said.

“We need to issue regulations that’ll give those who witness this behavior, those who are in the subways, the law enforcement … the experts — give them more authority to take some steps to get people out of those circumstances and into a place so they could begin the healing. And this is long overdue,” Hochul added.