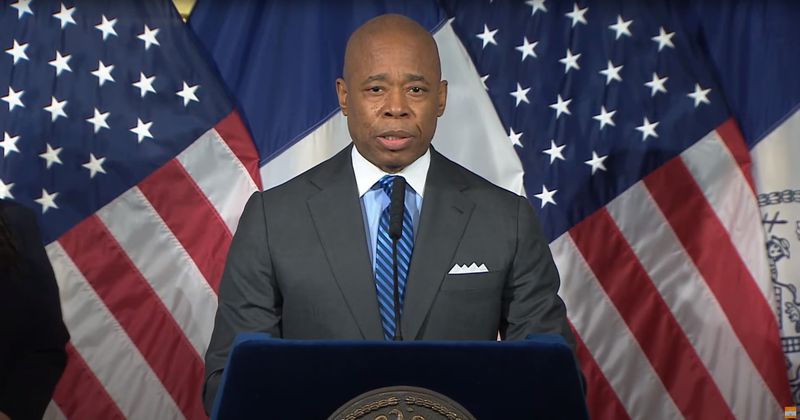 New York City mayor Eric Adams chided the media on Tuesday for claiming that his Monday visit to Albany is a failure.

Earlier, the media claimed that Adams failed to get assurance from state lawmakers to amend two criminal justice reform laws that he has blamed for the city’s recent spike in shootings and other violent crimes.

Adams decided to visit the state Capitol to push for some changes on the state Legislature’s 2020 bail reforms and 2017 “Raise the Age” legislation.

Adams said there is no truth to the statement that his Albany visit is a failure.

He said the lawmakers in Albany have all been cordial to him in their meeting.

“You guys kill me,” Adams said.

“What part of Albany were you covering? ‘Eric gets beat up in Albany?’ What meetings were you guys in?,” Adams added.

Meanwhile, Adams said the summer jobs program will be expanded to 100,000 jobs — up from 75,000 the previous year.
Adams suggested that beefing up jobs for people between the ages of 14 and 24 who need them would go a long way toward that end.

“This is the largest number of jobs made available in this program’s history,” he said.

“We’re opening the doors of opportunities for our sons and daughters of this city that have historically witnessed the doors being shut in their faces. Well, darn it, we’re kicking those doors open,” he added.