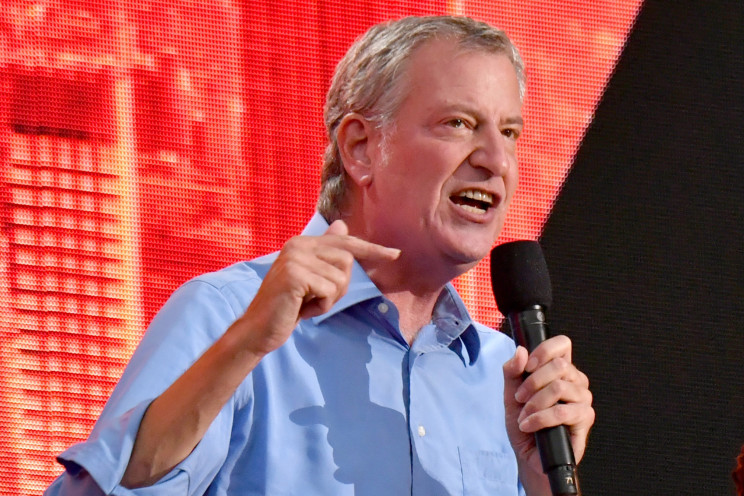 New York City mayor Bill de Blasio on Monday blamed the slow rulings of courts across the five boroughs in the high crime rate of the bustling city.

De Blasio revealed in the first half of 2021 the courts only rendered 18 criminal verdicts a far cry from the 405 during the same pre-pandemic period in 2019.

“Whether it’s something as horrible as a murder or gun violence you need a culture of consequences,” de Blasio said

“The court system not functioning is having a bigger impact than almost any other factor right now. The absence of those consequences for a whole variety of crimes is undermining public safety,” de Blasio added.

Based on the latest police data, crimes in NYC is a huge problem.

Shootings remain up 5.3 percent compared to this time last year. Murders are close to last year’s numbers — 299 compared to 303 at this time in 2020 — and those figures are an almost 40 percent spike from 2019. Felony assaults have also increased by 5 percent.

De Blasio revealed he offered to help bring the court system back from the pandemic by providing more space, vaccines, and other measures — but court officials have refused the aid.

Lucian Chalfen, a spokesman for the Office of Court Administration is not happy with de Blasio’s accusations defending that the court has been religious in doing its job.

“His gaslighting rhetoric regarding court operations in an attempt to shift the public safety discussion continues,” Chalfen said.

“The court system has been back at full strength – with all judges and staff fully back in person in the courthouses since May. Trials are being held, but for cases to be tried, you need the prosecution and defense to have their cases prepared, which isn’t occurring in several counties,” Chalfen added.