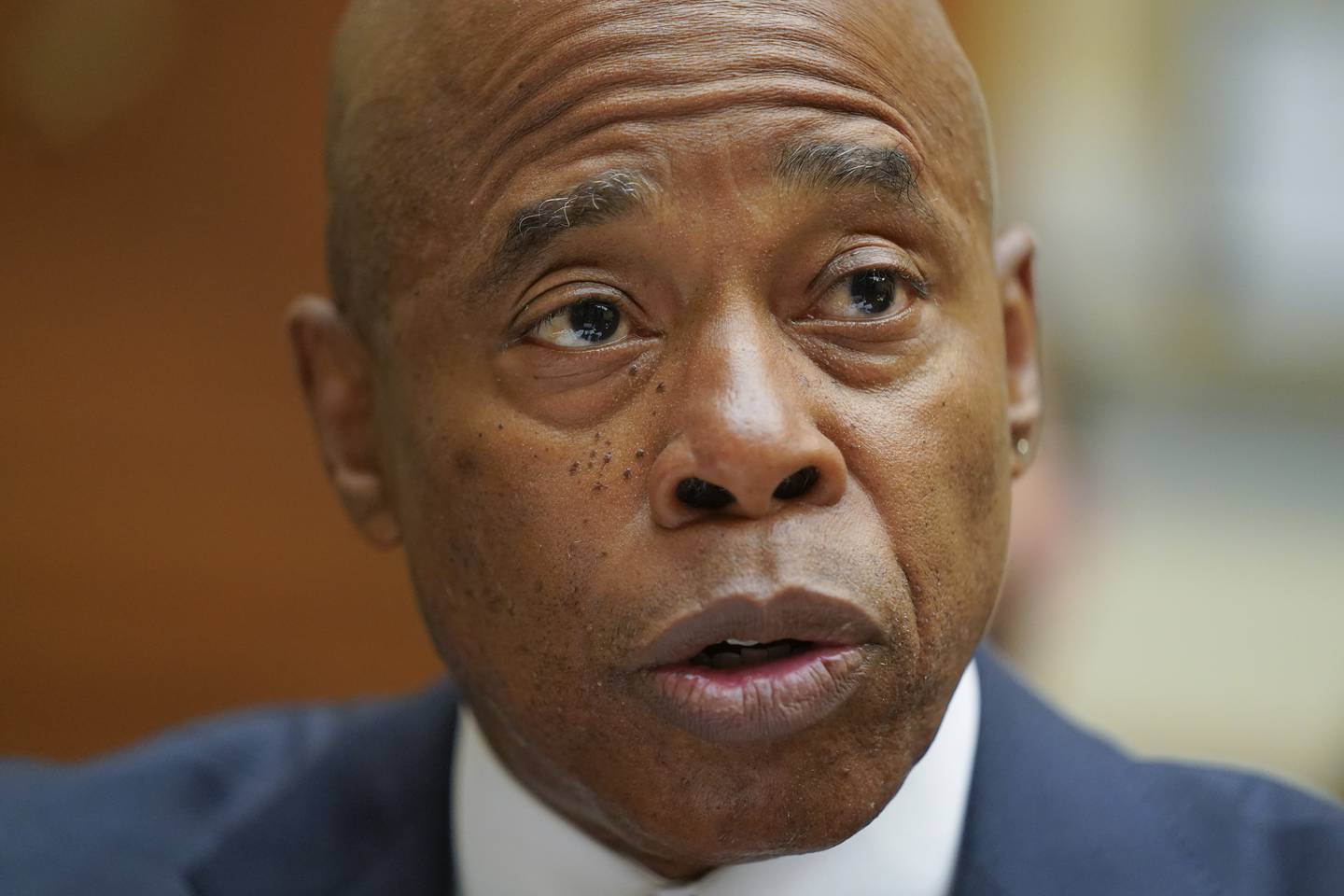 On Thursday, New York City Mayor Eric Adams calls on Democrats and police departments to do better at forging alliances regarding gun violence.

Adams said the Democrats need to act now since most Americans — himself included — are caught in the middle of a political crossfire between the far left and the far right.

“You have the numerical minority on the far right, trying to put guns in the hands of everyone, and then you have a small number on the far left that believes we should not hold people accountable after committing crimes,” Adams said.

“They are shooting at each other, and caught in the middle are the everyday New Yorkers and Americans that are tired of this over-proliferation of guns,” Adams added.

He said the remedy to the situation is for the Democrats, who are often more inclined to talk about long-term criminal justice solutions — like affordable housing, education, and social programs — to focus their attention on creating alliances in the area or “intervention,” or police response.

“It has been a historical, big mistake that the Democrats talk about the prevention for the most part — many of the Democrats, they talk about the long-term things we must do — but the intervention is right now,” he said. “You look at these red states — they are under fire — but it’s the cities within these red states that are dealing with the violence. And I think it’s time for Democrats to understand that part of the apparatus of the public safety and justice include the men and women who are placing themselves on the front line,” he said.

Sources said that the mayor decried gun violence in the city and the rest of the country for months.

According to reports, he’s touted that the NYPD has removed about 3,000 guns from the streets since taking office.

He also said that he had revamped a police department unit focused on removing guns from the hands of criminals.