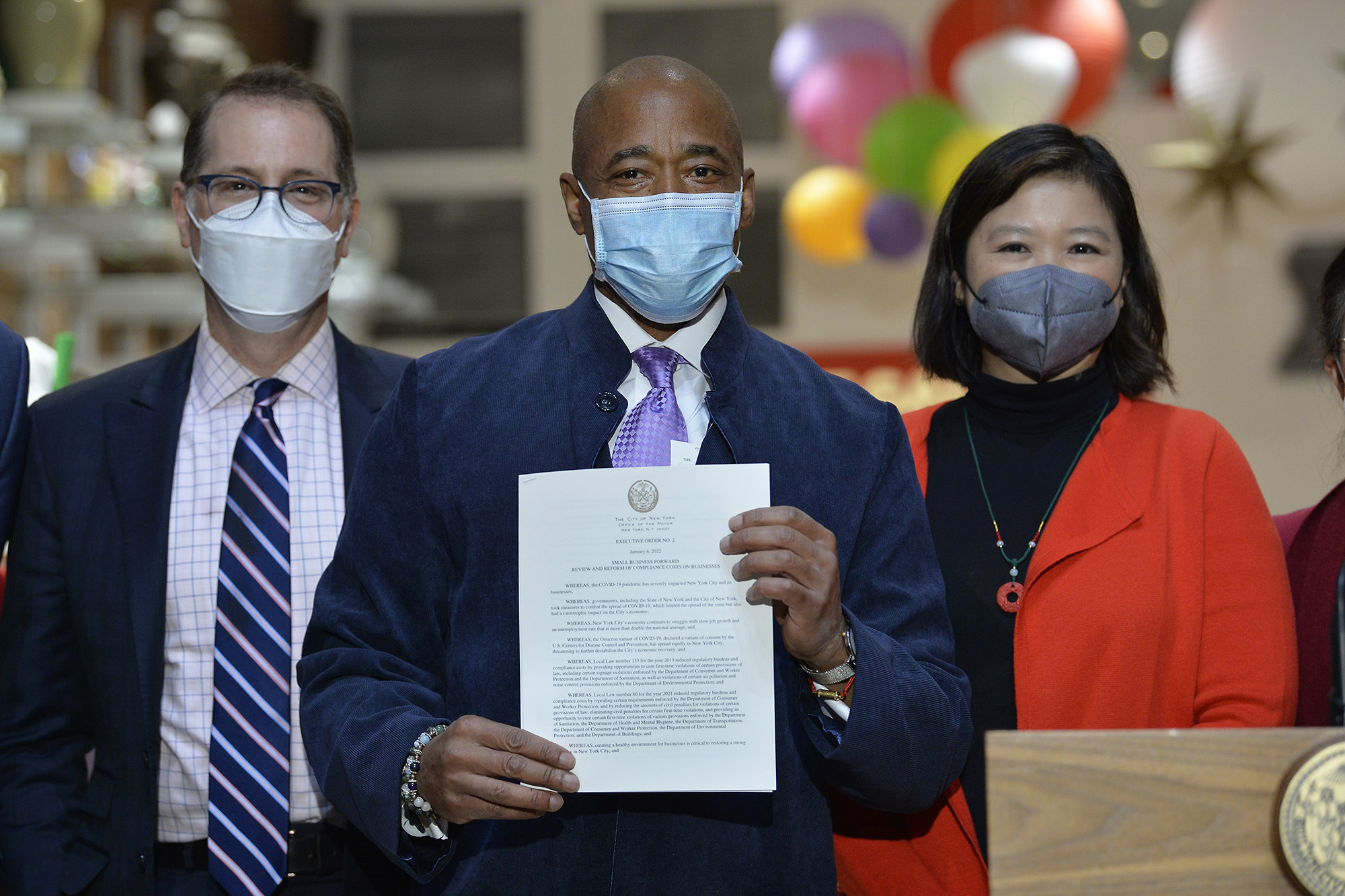 Newly appointed New York City Mayor Eric Adams has already begun to strike the right chord with the city’s small business owners by proving that he is different from his predecessors.

In a game-changing new decision, Adams signed an executive order on Tuesday, with the aim to provide relief to small businesses, who have been struggling to survive amid the pandemic. The order tells city agencies to decrease regulations to “reduce needless fines and penalties” and also “slash red tape.”

A stark contrast to officials that came before him and chose to fine businesses more than trying to save them, Adams stated after signing the order, “It will bring relief to our hard-working entrepreneurs. We’re not going to use the system to fine you to put money in our coffers.”

He added, “If you just open a business, you make a mistake, you should not be hit with a fine that’s going to prevent you from keeping your doors open.”