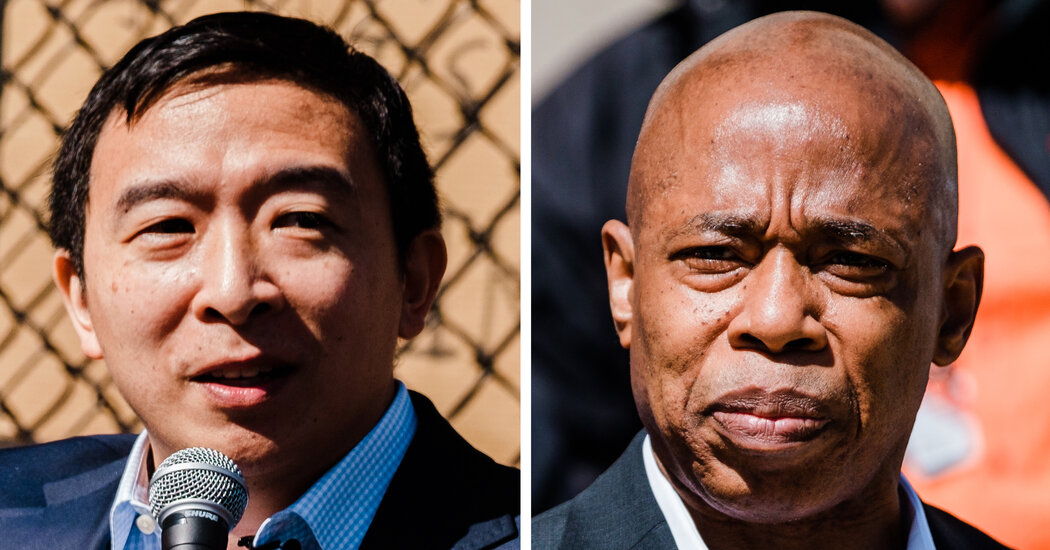 As reactions from all of NYC’s Mayoral candidates came rushing in after the Saturday shooting at Times Square, forerunning candidate Andrew Yang condemned the movement to defund police, drawing a strong rebuke from rival Eric Adams, the Brooklyn borough president.

In a horrifying incident on Saturday, stray bullets struck two women and a 4-year-old girl at Times Square when an argument escalated into gunfire among several men. The incident led to a major political debate amidst the city’s Mayoral candidates, in the foreground of growing violence and gun crimes in the Empire State.

“New York City cannot afford to defund the police,” Yang said on Sunday near the scene of the shooting. “When I talk to New Yorkers, I get a very different message every single day. Nothing works in our city without public safety, and for public safety, we need the police. My message to the NYPD is this: New York needs you, your city needs you. We need you to do your jobs professionally, responsibly, and justly,” he added. “I will have your back.”

This is one of the strongest support any of the 2021 candidates have voiced in favor of the NYPD, whereas on the other hand, his rivals have put forward the notion to cut billions of dollars from the Police Department budget, a position inspired by last year’s protests over the death of George Floyd, a Black man killed by Minneapolis police.

In reaction to Yang’s condemnation, Adams said, “You know what, Andrew? These shootings have been happening blocks from my house for years and blocks from the houses of poorer New Yorkers for years. It is time for us to recognize it when it is in every square block of our city,” he said. “Shame on you for not realizing that.”