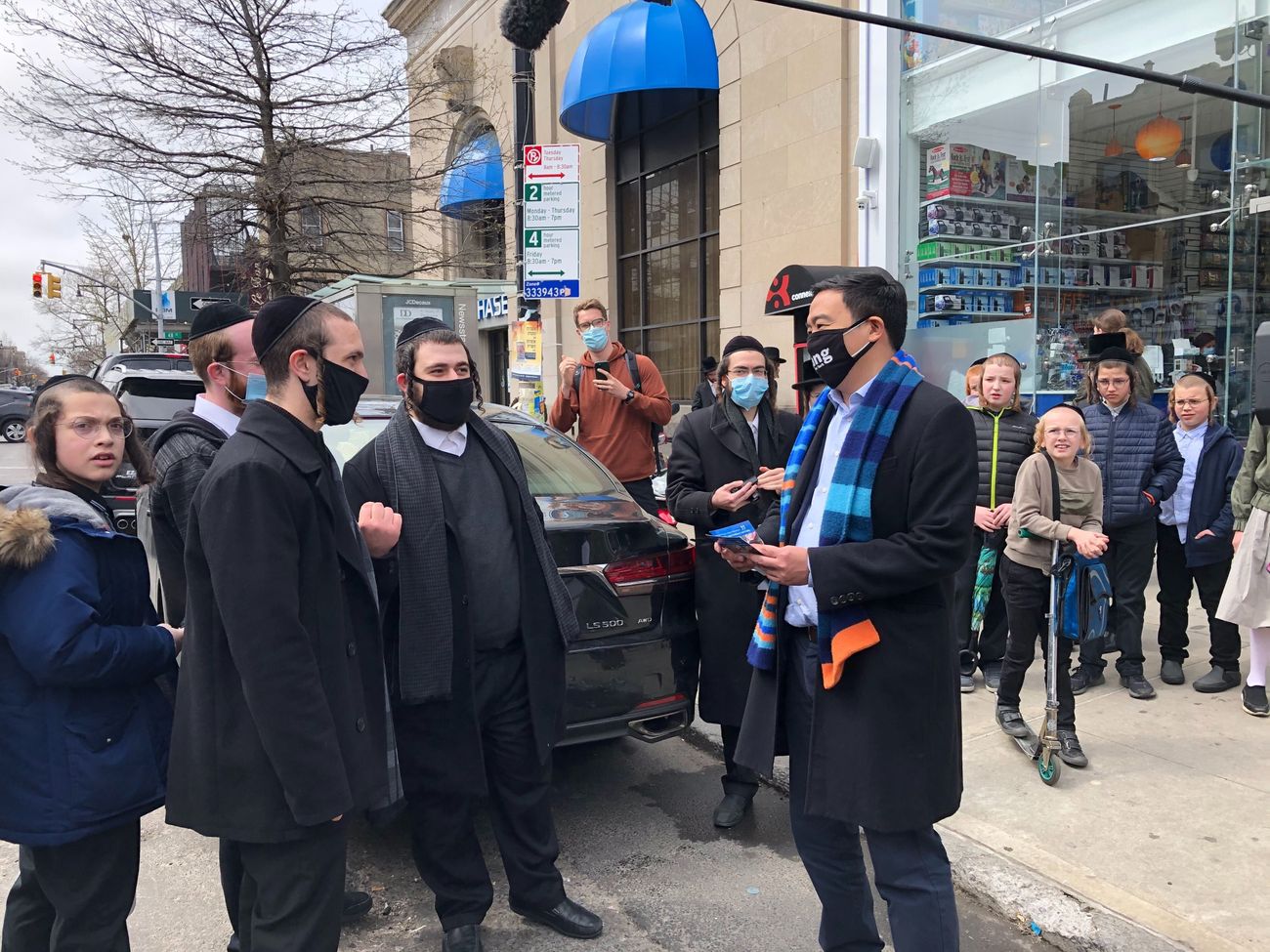 On Thursday, forerunning NYC Mayoral candidate Andrew Yang visited the family of Menachem Knoblowitz, a 21-year-old from Borough Park who lost his life in the devastating tragedy at Mount Meron in Israel that left 45 people dead and hundreds injured.
Offering his condolences at the Shiva, Yang comforted the family and spoke to Knoblowitz’s father, empathizing with him about understanding what it would feel like to lose a child, father-to-father.

As he made the Shiva call, Yang also pledged his support to the Jewish community in New York, vowing to protect their interests in the grand scheme of things, wherein they have often been put down or ignored.
Earlier this week, Yang earned the endorsements of two Orthodox Jewish lawmakers, Assembly Member Simcha Eichenstein and City Council Member Kalman Yeger, who joined an unprecedented alliance of Borough park Jewish community groups to endorse Yang’s campaign for mayor. Yang remembered the life of Menachem Knoblowitz at the endorsement and praised the Orthodox Jewish community’s contributions to the city.

In response to the endorsements on Wednesday, Yang addressed the community, saying, “To the Orthodox Jewish community, I’ve learned so much from you. I’ve enjoyed every moment I’ve spent in your community.” Yang’s condemnation of the pro-Palestinian Boycott, Divestment, Sanctions movement against Israel, is key in his courting of the Orthodox Jewish vote, which makes up for a sizeable percentage of total votes in New York.