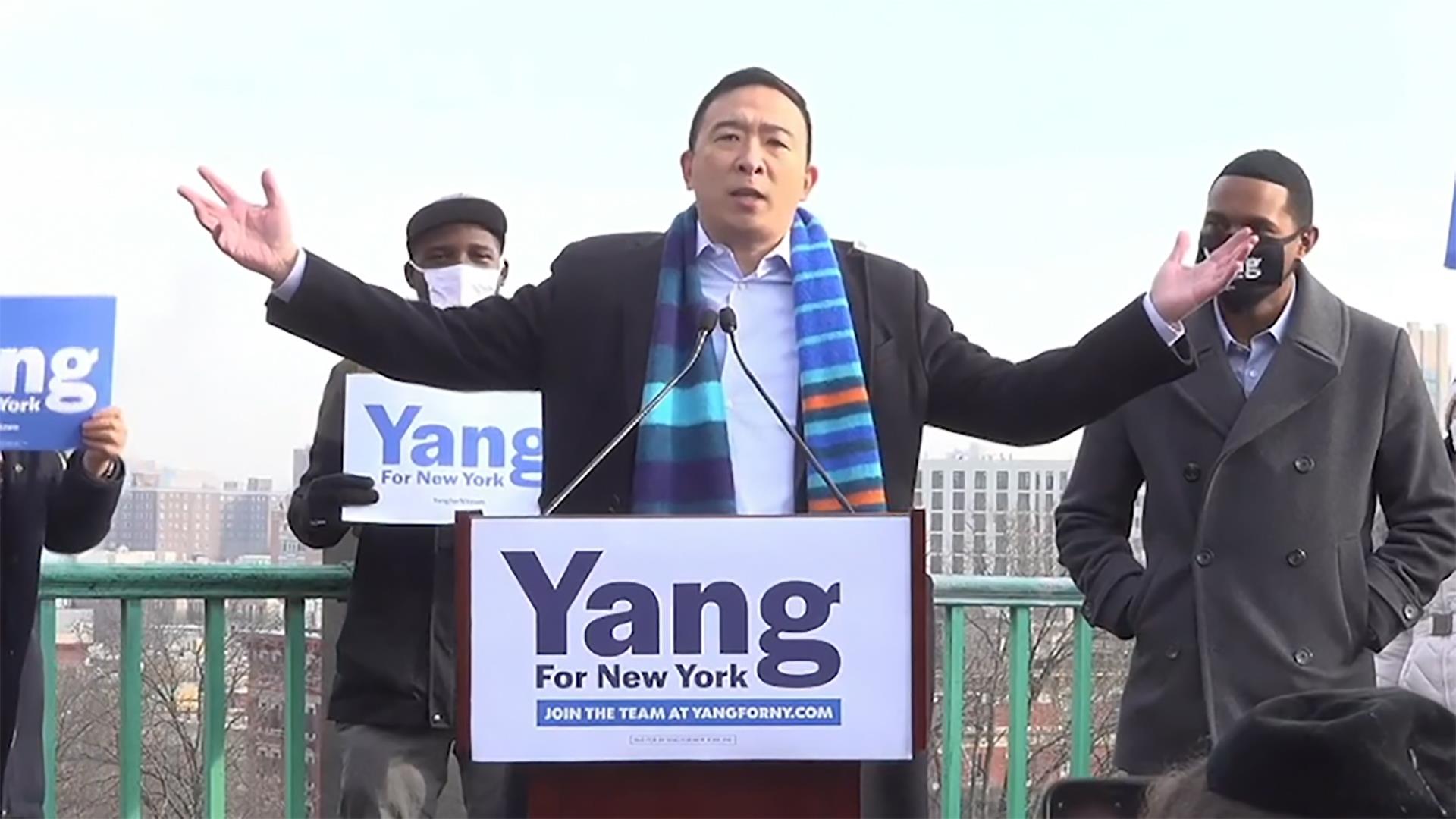 After sympathizing with the Orthodox Community in the city just a few weeks ago, New York City’s rising Mayoral candidate Andrew Yang made a 360-degree turn on his views, claiming that he “appreciates the BDS movement”, which is in fact anti-Israel and anti-jew.

In a new video tweeted by Journalist Jacob Kornbluh, Andrew Yang made a total flip of his opinions, raising several eyebrows in the midst. Yang was responding to a question about his opposition to BDS in a forum co-hosted by Emgage. In his response, Yang said, “I believe that BDS is the wrong approach, but I appreciate and would never begrudge people who are standing up for what they believe in.”

Meanwhile, just a few days ago, Orthodox Jewish NY State Assemblyman Daniel Rosenthal “proudly” endorsed Yang for Mayor. In fact, Rosenthal “praised Yang’s resolute stance against the Boycott, Divestment, and Sanctions (BDS)”. This was primarily due to the fact that Yang had earlier taken a positive stance towards the Orthodox community in an appearance on a Q&A Zoom call with the “New York Jewish Agenda”, a few weeks ago.

When asked about Yeshiva education which has been under attack for the past few years. Yang responded rather positively, saying: “When I looked at the Yeshiva question, the first thing I wanted to see, was what were the outcomes. What is the data? I don’t think we should be prescribing our curriculum unless the curriculum can be demonstrated to have an improved impact on people’s career trajectories and prospects afterward. If the school is delivering the same outcomes, I do not think that we should be prescribing a rigid curriculum. And I will also say that when I was in public school, we studied the Bible for a month. Bible is literature. If it was good enough for my public school, I do not see why we are somehow prioritizing secular (education) over faith-based learning.”

Following this instance, in an interview with YWN responding to a NY Post report which alleged that Yang’s campaign manager has ties with Jew-hater Linda Sarsour, the Mayoral candidate had clearly stated, “As I’ve said before, I strongly disagree with Linda Sarsour on many many issues including BDS and Israel. I’m proud to have pro-Israel Congressman Ritchie Torres as my campaign co-chair and advising me on issues important to the Jewish community including Israel. I’m a proud supporter of this community. Always will be.”

After this all-new comment on BDS, it is disconcerting to several in the Jewish community as to how Yang will actually fare when it comes to lending support to the New York City Jewry.