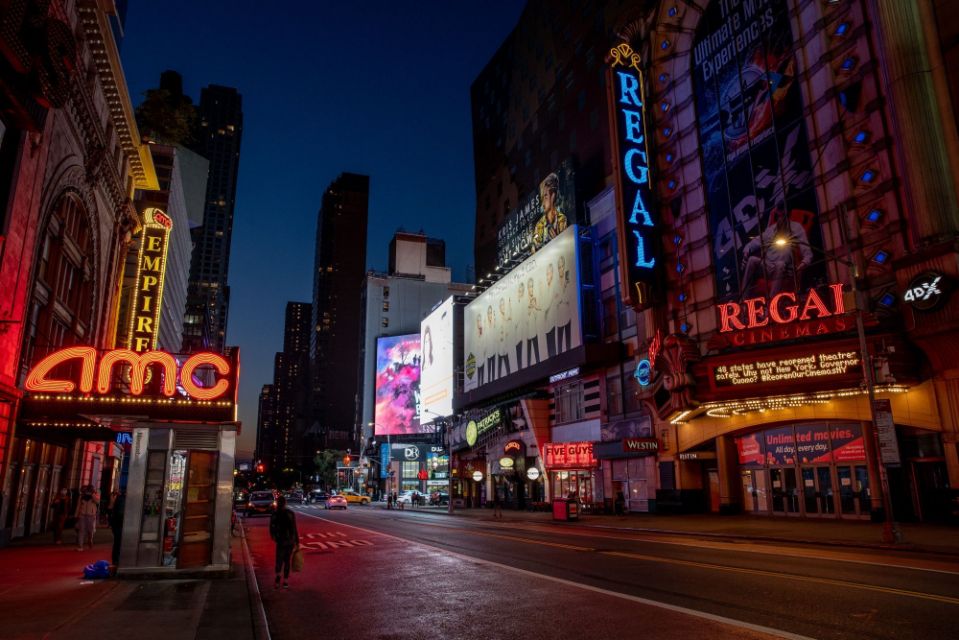 On Monday, New York Governor Andrew Cuomo announced that Movie Theatres could start hosting audiences once again, but can only operate at 25% capacity, with no more than 50 people per screening, as of now.

New York City will now be allowed to reopen at 25 percent capacity with no more than 50 audience members seated per screening. Considering the fact that the coronavirus still continues to lurk, propper safety measures, including masks, assigned seating, enhanced air filtration, and social-distancing rules, will be implemented.

Cuomo’s announcement has come nearly a year after he shuttered movie theaters statewide in mid-March last year along with concert venues and nightclubs as part of efforts to limit the spread of COVID-19 in crowded, indoor settings.

The decision may have come amidst the fact that cases and hospitalizations are now dropping overall statewide, but parts of New York City — particularly the Bronx — are still seeing high rates of infection and slower declines in hospitalization.

Praising the decision were some of NYC’s theatre owners, including National Association of Theater Owners spokesperson Patrick Corcoran, who said, “New York City is a major market for moviegoing in the U.S. Re-opening there gives the confidence to film distributors in setting and holding their theatrical release dates and is an important step in the recovery of the entire industry.”

AMC Entertainment, the nation’s biggest chain and the largest movie theatre exhibitor in New York City, said it will reopen all 13 of its locations promptly on March 5. “Governor Cuomo’s announcement that movie theatres can reopen in New York City in the first week of March is another important step towards restoring the health of the movie theatre industry and of our company,” said CEO Adam Aron. The company’s painful journey to raise the cash needed to stay afloat during the pandemic has been highly publicized.

Meanwhile, officials at Cuomo’s press briefing yesterday said no Covid-19 testing will be required, as is the case for large arenas like Madison Square Garden and Barclay’s Center that can reopen later in February. Cinemas in New York City will follow the same guidance put in place for movie theaters in the rest of New York state back in October.