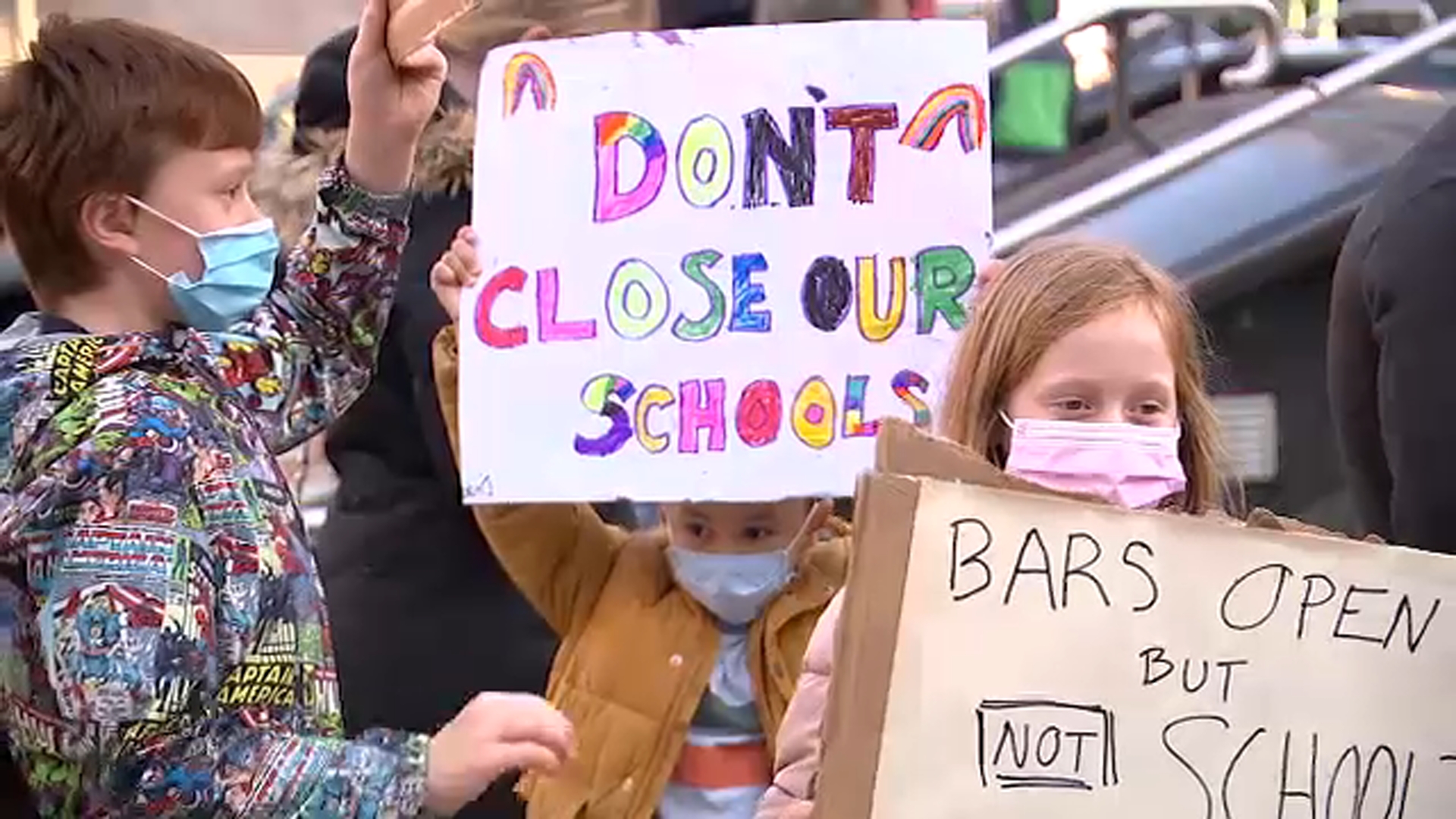 As New York’s public schools welcomed K-5 students for in-person classes on Saturday, a group of Big Apple parents gathered outside City Hall on Sunday to demand the return to hybrid learning (interlacing remote and in-person learning, as was the arrangement) for all grades, including older children.

With parents and children holding placards that read, “Safest place for children is in school” and “Home detention is not education”, an entourage of New Yorkers gathered at City Hall on Sunday, demanding the administration to take students back to a mix of in-person and remote learning after sudden, unannounced and unplanned school closures.

Parents at the rally said the city needs to reopen its middle and high schools to hybrid learning again, not just the lower grades, for the kids’ sake- primarily because interacting with the teachers and fellow classmates are crucial for a child’s social and mental development, which has been put on hold since spring this year. After months of being shuttered, hybrid instruction in city schools began in late September, only to shut down amid spiking local COVID-19 cases in early November.

As reported by the NY Post, a young teenager at the protest claimed, “I [was] doing remote school since March, and we recently went back to hybrid, and it was so great to see my friends and actually have the human contact that is so important at my age. When school went back remote [in November], I know a lot of my friends have been struggling with mental health issues, depression, eating disorders, and it’s going to continue unless we actually take action.”

Since younger students appear less vulnerable to the virus, Mayor Bill de Blasio suggested that the reopening, for now, would only be limited to younger grades, which is only open to the 195,000 kids whose parents already signed them up for hybrid. The closures were put in place as the city entered the threshold of a 3 percent positive-test rate, as was mandated by de Blasio. As of now, more than 15,000 people have signed a change.org petition demanding the Mayor to toss that 3 percent limit altogether.

The petition reads- “Indoor dining remains open. Gyms remain open. Nail salons and barbershops remain open. Only schools are threatened with closure. This is nonsensical. The arbitrary 3% rate to close schools should be abandoned in favor of recognizing how important schools are to our children, to our parents, and to this City.”