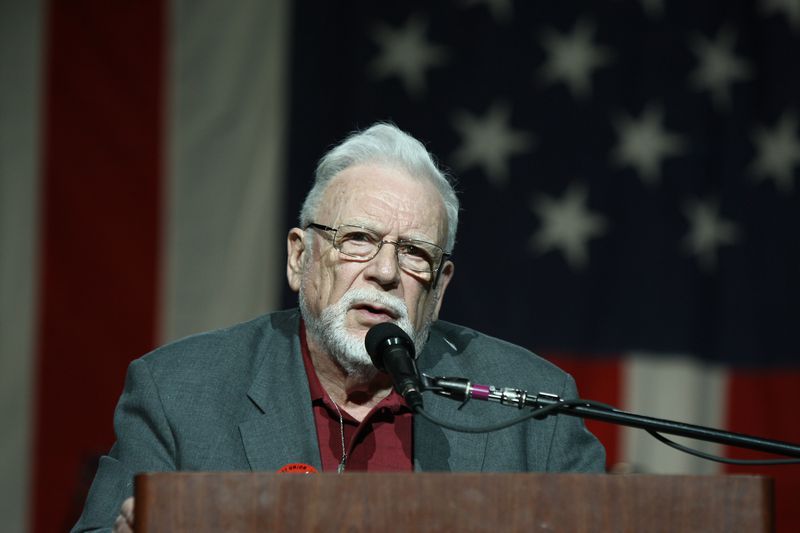 Kay, who dedicated more than six decades to New York’s workers as a relentless labor leader, teacher, and adviser, died Tuesday at home in Midwood, Brooklyn. He was 89.

Vladimir Fortunny, the longtime partner of Kay cited skin cancer as the cause of death of the well-loved labor leader.

Big Apple mayor Eric Adams said Kay made the city better every day by being on the frontlines of the labor movement.

Former Big Apple mayor Bill de Blasio for his part said Kay is a colorful guy who gave his life to the cause of the working people.

“This guy was all heart,” de Blasio said.

Public Advocate Jumaane Williams in a statement describes Kay’s work as “legendary”, adding that he “shaped policies and changed lives as his gruff voice spoke out tirelessly for worker justice.”

Sources said Edward Lee Kay was born in Brooklyn on March 8, 1932, the son of Irving Kay, a pharmacist, and Helen Kay, a writer, artist, and cosmetologist.

According to reports at Local 1199, he was quickly promoted to area director, and he left the union as its secretary-treasurer.

Later through hard work, he became an educator and a consultant for various unions and political campaigns.

Kay is survived by Fortunny, his partner of 24 years, and many cousins, nieces, and nephews.