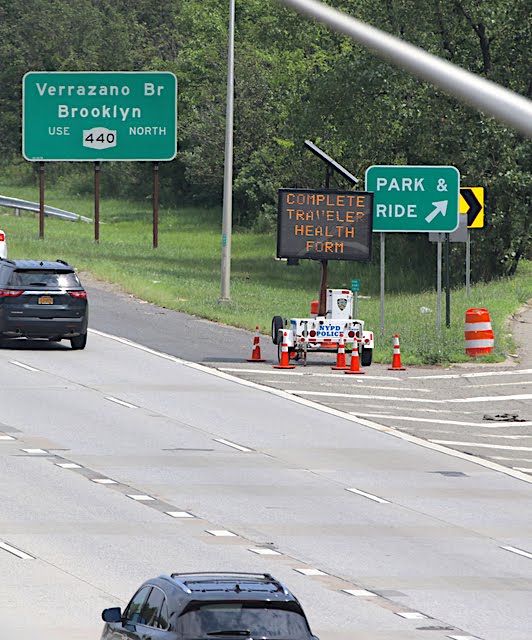 NYC Quarantine Checkpoints: How it works

During the past couple of days, in an effort to enforce a mandatory two-week quarantine for travelers from 35 high-infection states, the city began rolling out a random Checkpoint operation.

The checkpoints will be set up next to most major bridges and tunnels, including Goethals Bridge, Bayonne Bridge, and Outerbridge Crossing.

The checkpoint stops last only a couple of minutes, so you can be on your way in no time.

A notice announced by the mayor’s office: Any individual who has spent more than 24 hours in any state on New York’s Restricted State List in the last 14 days,” must register and quarantine, including New York residents and people “just passing through.”

When being stopped at a checkpoint you will be asked about recent travels out of state, and in some cases will ask you to fill out a form. You may also receive a checkpoint FAQ documents and a fight Covid NYC flyer.

You may also fill out the health form one day before arrival online, and take a screenshot of the form once completed.

Refusing to fill out the form can get you a $2000 fine and traveler’s caught violating the 2 week quarantine will get hit with a $10,000 fine.

The first stops were about 200 vehicles, just as a test run, that number’s going to grow greatly this weekend,” de Blasio told reporters during a press conference Friday.