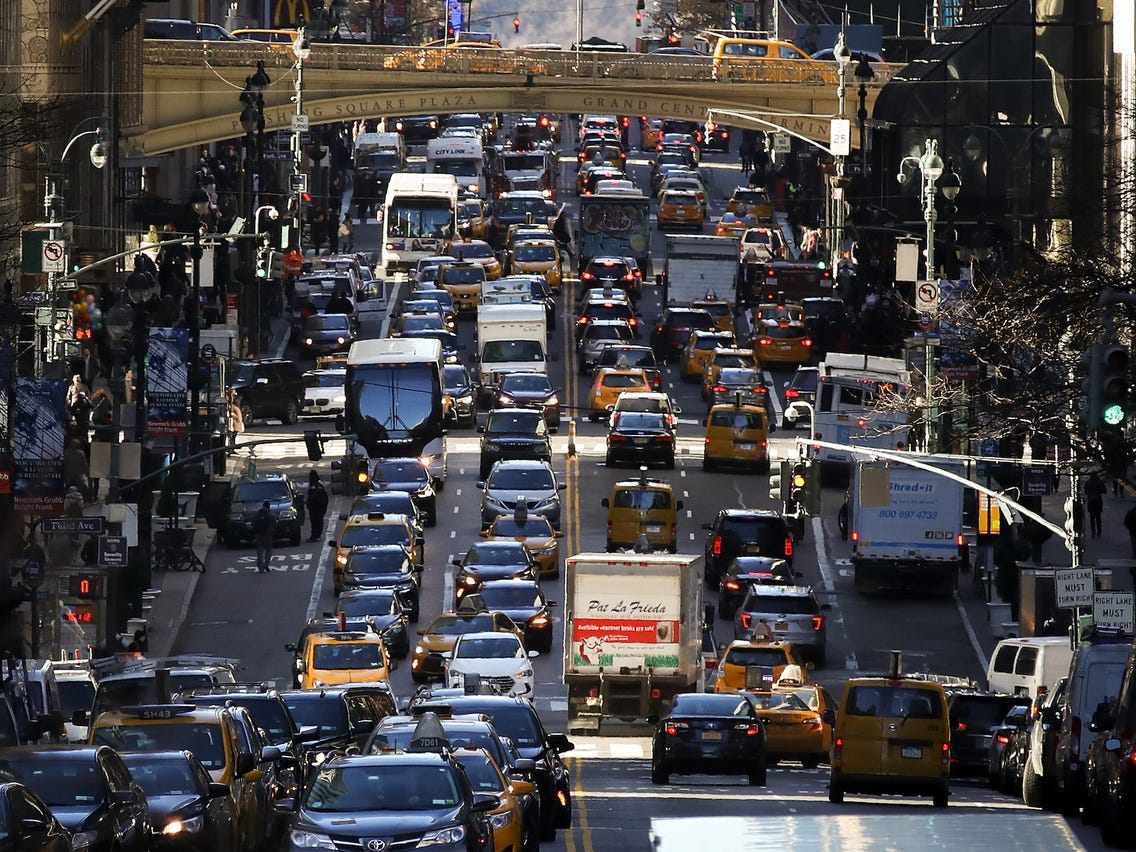 NYC Ranks High On List Of Most Congested City In America

According to an all-new report by transportation analytics firm INRIX, Big Apple moved ahead to the 4th spot under the worst traffic congestion list in America in 2020.

The new report suggests that drivers in New York City lost 100 hours of time to traffic congestion last year, which is actually a 28 percent drop from 2019. INRIX transportation analyst Bob Pishue said New York’s rise to the top of the list surprised him and was tough to explain. “Downtown speeds [in New York] only went from 11 mph to 12 mph — not that big a jump, 9 percent or so. We saw in other cities jumps of 40 percent or more,” Pishue said. “New York is its own thing. Everything in New York is unique. Trying to pin this on one factor is really difficult.”

On the other hand, other cities saw much larger increases in speed amid the pandemic: In Boston, drivers lost 68 percent fewer hours in 2020 than in 2019. In San Francisco congestion dropped 51 percent. Philadelphia and Chicago came in second and third place in terms of hours lost to congestion, at 94 and 86 respectively. Each saw traffic drop between six and 12 percent more than New York.

New York City roads also accounted for the second, third, and fourth most congested in the country, according to INRIX’s analysis — with the Brooklyn Queens Expressway from I-145 to Tillary Street, the Cross Bronx Expressway west of the Bronx River Parkway, and the BQE between 38th Street and Downtown Brooklyn taking partaking the list. “There are still delays in New York, and they’re focused on some key corridors,” Pishue said. “That’s what kept New York’s traffic so high — where there was congestion, it was more concentrated.”

Meanwhile, Boston (149 hours lost due to congestion, which equates to more than six days) ranked as the most congested city in the U.S. for the second consecutive year, followed by Chicago (145 hours), Philadelphia (142 hours), New York City (140 hours) and Washington D.C. (124 hours). Bogota, Columbia topped the list of most congested cities in the world, with drivers losing 191 hours a year.