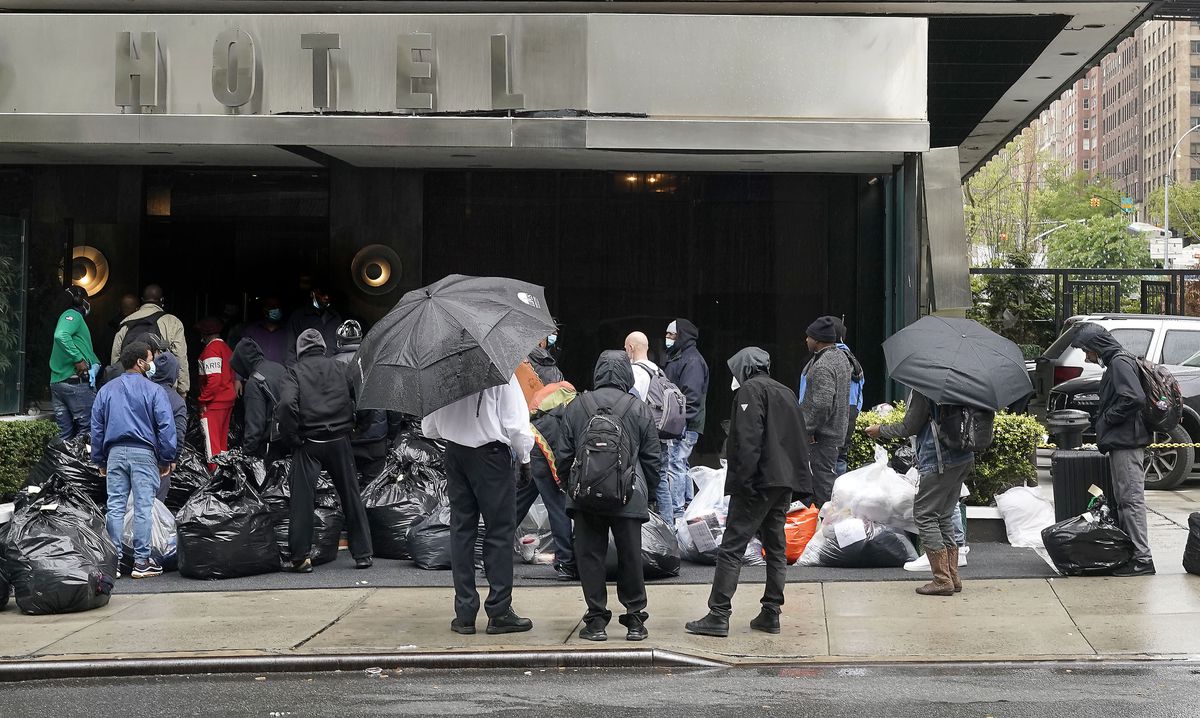 Making several attempts to reach out to authorities in order to point out the disorderly misconduct of the temporarily placed homeless New Yorkers in their neighborhood, residents from the 36th St & 12th Avenue area have now taken to beseech the DI for relevant action.

As the coronavirus pandemic took over the Big Apple earlier this year, authorities went forward with the decision of temporarily relocating homeless citizens from overcrowded shelters to hotels located around the city. A measure that was aimed at lowering the uptick of infections has now peeved several citizens all over the city. Residents from several of these neighborhoods have complained about these new lodgers exhibiting disruptive, unruly, illegal, and shameless behavior.

Over the weekend, residents of the 36th st & 12th Ave area expressed that the homeless women who were now residing at the Fort Hamilton Parkway hotel (Days Inn), had turned the entire area into a “cesspool”. Turning their neighborhood into a hub for drugs, prostitution, violence, loitering, and other chaotic activities, the complainees have requested authorities to hold a “swift on-site” meeting that can help address these issues.

Mr. Schwartz, a responsible samaritan who wrote the email claimed, “I am reaching out to you on behalf of myself, my family and my neighbors, that are very frustrated with the lawlessness that I’m sure you are aware of.”
He further added that the wayward behavior of the temporarily placed women at the hotel was getting worse day by day and that the residents had made several complaints via 911 and 311.

Voicing fears over the adverse effect on children in particular, residents reported constant racial slurs being used, leaving the community feeling terrorized. To make matters worse, inhabitants have claimed human feces can be seen laying astray on the streets, filling the air with a terrible stench.

Afraid that these surroundings would affect their children in a negative way, the complainer hoped for a speedy solution to this problem.
Similar cases have been reported from various areas around NYC, the most prominent of which has been seen from the Upper East Side neighborhoods. Affluent residents who live in these pockets of the city raised numerous concerns, and with the help of top attorneys, reached out to Mayor Bill de Blasio, threatening to file a billion-dollar class-action lawsuit. The surmounting pressure and the actuality of the concerns eventually led to the temporary residents being relocated, back to their shelters.