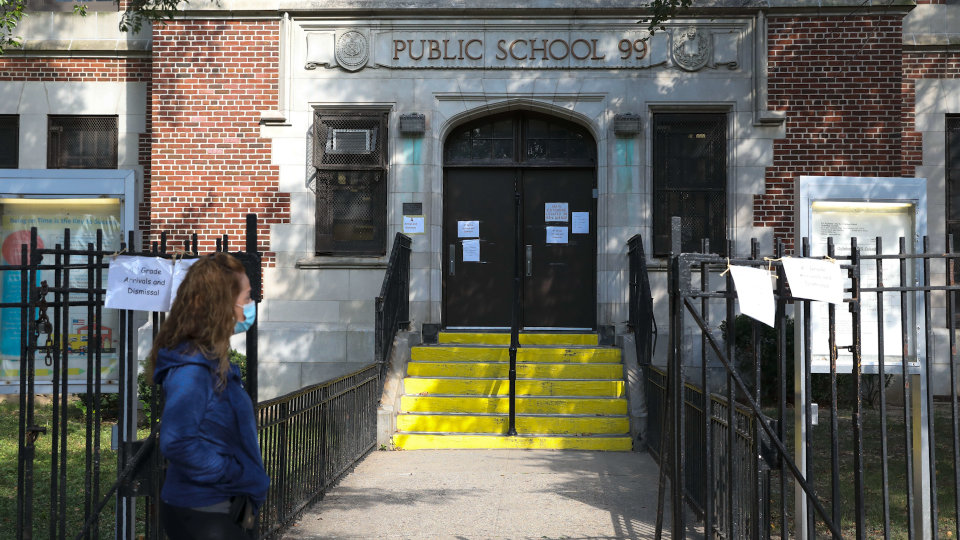 Starting today, thousands of students who had resumed in-person learning across the city will be back home indefinitely, as schools shutter once again, in the Big Apple. Owing to a rise in cases yet again, the New York City public school system will be closed for in-person learning, as announced by Mayor de Blasio.

On Wednesday, de Blasio announced that in-building activity will be “temporarily” suspended, which may mean that schools would be closed for in-person learning at least until the Thanksgiving weekend, but there’s no clarity on the matter for sure. With the city’s average infection rate hitting 3 percent over the past seven days, all students in the nation’s largest school district will now learn remotely from home, making parents furious at the mismanagement yet again.

“So many parents right now are saddened and frustrated their kids can’t go to school tomorrow. So many kids want to be in school. So many educators want to be there to greet them. But now we put ourselves to the work of overcoming this challenge,” said de Blasio yesterday. “To protect school communities we are going to have to put additional measures in place,” he said when asked by reporters when kids could be back in class. “We’re talking with the state right now on what those should be,” he added.
Meanwhile, parents across the city fumed at the new ruling, seeing as the order will impact the roughly 300,000 city students still currently enrolled in City Hall’s blended learning format that has kids alternate between home and classroom instruction.

“Parents are just furious,” said Manhattan mom Carly Maready, leader of a parent group that has organized a petition drive opposing the announcement. “It’s not a matter of ‘I’m busy with work and don’t want my kids home. It’s collective trauma thousands of kids are going through right now.” The petition from Maready’s group asking officials to reconsider the 3% threshold had nearly 12,000 signatures on Wednesday evening.

“Indoor dining remains open. Gyms remain open. Nail salons and barbershops remain open. Only schools are threatened with closure. This is nonsensical,” the petition says. In fact, several parents are of the opinion that if their children are wearing a mask and maintaining social distancing during school hours, it really shouldn’t be that much of a problem.