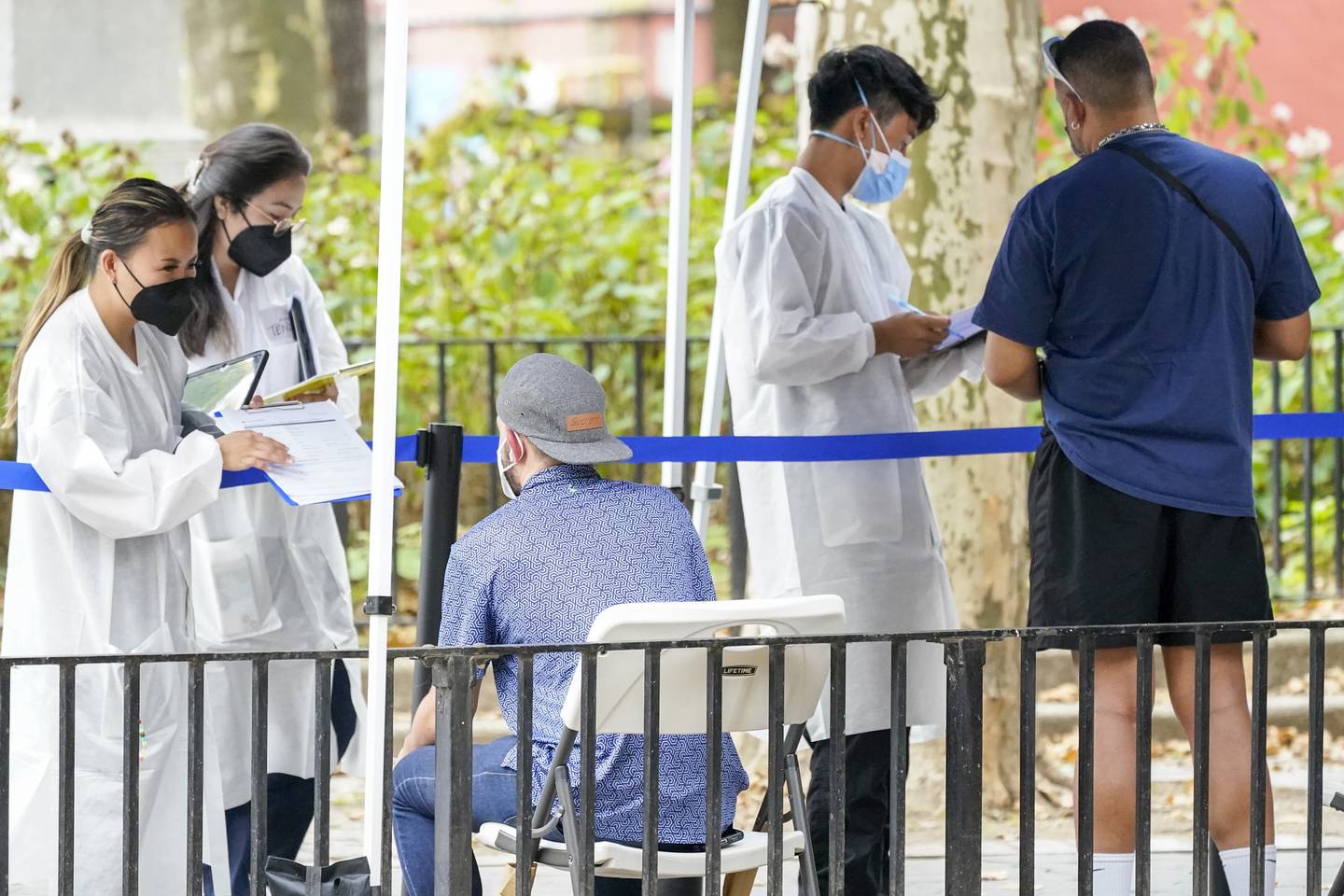 According to reports, the statement by Schumer reportedly frustrated some local officials who pushed for the city to receive a larger piece of the vaccine pie.

Based on government data through Wednesday, around 25% of the nation’s confirmed monkeypox cases had been reported in New York City.

It was reported that the federal government has been sluggish in its efforts to distribute jabs for the excruciatingly painful but rarely fatal disease.

On Wednesday, it was reported that almost 800,000 doses of the monkeypox vaccine would soon be available nationwide after an order from the federal government.

According to reports, more than 310,000 shots of the Jynneos vaccine have already been distributed, but that hasn’t been enough to meet demand in several cities, including New York, which has reported more than 1,000 cases.

Based on the latest data from the Centers for Disease Control, more than 3,500 people in the U.S. have been infected with monkeypox.

Studies have shown that anyone can contract monkeypox, which often spreads through skin-to-skin contact.

The disease can also be spread through linens used by an infected person.

At the moment, the majority of cases have been detected in gay and bisexual men.