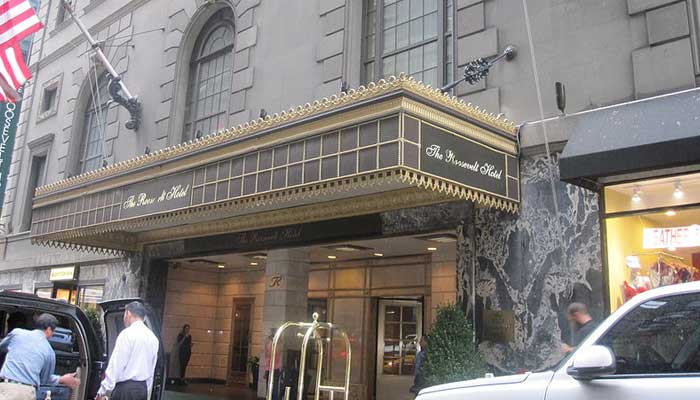 The sad demise of another iconic business has come closer, with the iconic Roosevelt Hotel announcing the end of its century-long legacy by the end of this month. A popular landmark known for significant events and Hollywood shoots, a low occupancy since the start of the pandemic in March has led to this unfortunate news.

Not merely a building in Midtown, Manhattan, the Roosevelt Hotel has witnessed a slew of historic moments, has served as the backdrop for numerous movies, and helped start a New Year’s Eve tradition. Located just minutes away from the Times Square and Grand Central Terminal, the hotel is now slated to close its shutters for good, after sustaining major losses this year.

Just 4 years short of celebrating its centenary, an official statement from the hotel read, “Due to the current, unprecedented environment and the continued uncertain impact from COVID-19, the owners of The Roosevelt Hotel have made the difficult decision to close the hotel and the associates were notified this week. The iconic hotel, along with most of New York City, has experienced very low demand and as a result, the hotel will cease operations before the end of the year. There are currently no plans for the building beyond the scheduled closing.”

The Roosevelt Hotel closure is just one among the many hospitality businesses that have had no choice but to be shuttered due to the massive losses bared during the pandemic. Occupancy rates have reached new lows and many employees in the industry have been furloughed or laid off. Unable to sustain surmounting pitfalls, the Times Square Hilton, the Courtyard by Marriott in Herald Square, and the W Hotel, have all shut down this year.

Citing the state of the hospitality industry, which has been wrecked by the coronavirus pandemic, the Bureau of Labor Statistics stated that the US leisure and hospitality industry lost 7.5 million jobs in April and, since then, only about half of those jobs have been added back. In addition, a survey by the American Hotel Lodging Association found that 74% of US hotels say more layoffs are coming if the industry doesn’t get additional federal assistance.