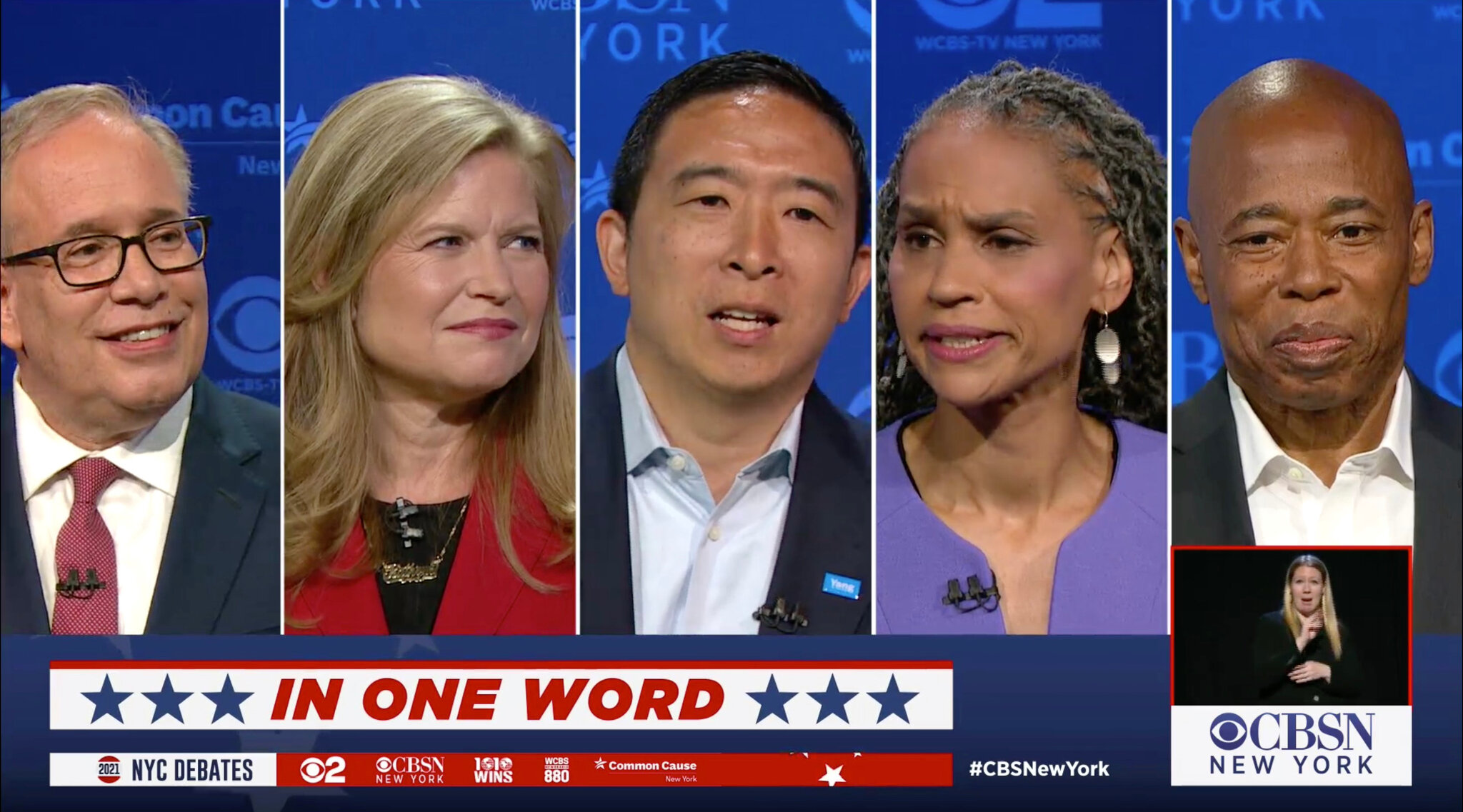 Asked to give a 30-second elevator pitch as to why they must be elected, each candidate touched upon the Empire State’s recovery from the pandemic, while some spoke about police recruitment, crime, taxes, and rent freezing.

Leaving a stellar impression was candidate Andrew Yang, who said that New Yorkers would be safer under his administration than under former NYPD Captain and current Brooklyn Borough President Eric Adams’, claiming that even Adam’s former NYPD colleagues endorsed him instead of Adams. Yang said that last summer Adams advised New Yorkers to confront their neighbors using illegal fireworks themselves, which lead to the death of a woman. Yang has been endorsed by the Firefighters union as well as the Police Union.

A heated argument began between Adams and Yang when the former said he didn’t ask for the union to endorse him, and the latter disagreed.

Later on, Yang also said that mentally ill individuals experiencing homelessness are changing the character of New York City neighborhoods, citing his wife’s very own experience where she was punched by a man in Hell’s Kitchen. Yang went on to say that he is frustrated by how other candidates refuse to talk about the hundreds of people that live on the streets and their mental health. However, when asked what he would do differently, Yang said that he plans to rebuild the stock of psych beds in the City until there are enough resources for no one to be on the streets. To this, Stringer reacted saying the city needed specifics, not just a non-answer.

Early voting has begun in New York, and the Mayoral elections will consist of Democratic and Republican primaries on June 22, 2021, followed by a general election on November 2, 2021.