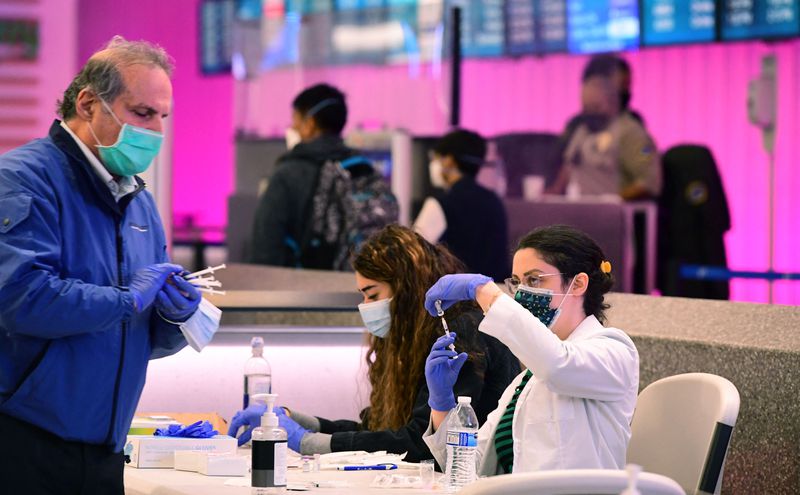 Jonah Allon, a spokesman for Adams, said the ruling will not affect the city’s far stricter business mandate, which does not allow a testing option and covers all private employers, regardless of size.

Allon added that the ruling also does not impact the city’s other mandates, such as the vaccine requirement for indoor dining.

On Thursday, the Supreme Court has ruled to reject an Occupational Safety and Health Administration rule that would have required 80 million workers to get shots or periodic tests.

With the ruling, Biden’s options for increasing the country’s vaccination rate as the omicron variant propels a spike in cases is now limited.

Based on the latest U.S. Centers for Disease Control and Prevention data only 63% of the country is fully vaccinated and of that group, just 37% have received a booster shot. The same data also states that more than 800,000 people in the U.S. have died from the virus.

It was learned that the court’s three liberal Justices Stephen Breyer, Elena Kagan, and Sonia Sotomayor have dissented to the ruling.

Sources said the decision is a victory for 26 business groups and 27 Republican-led states that sued to challenge the OSHA policy, saying it exceeded the workplace-safety agency’s authority.

However, in a separate ruling, the high court allowed a separate rule to take effect requiring shots for workers in nursing homes, hospitals, and other facilities that receive Medicare and Medicaid payments from the federal government.