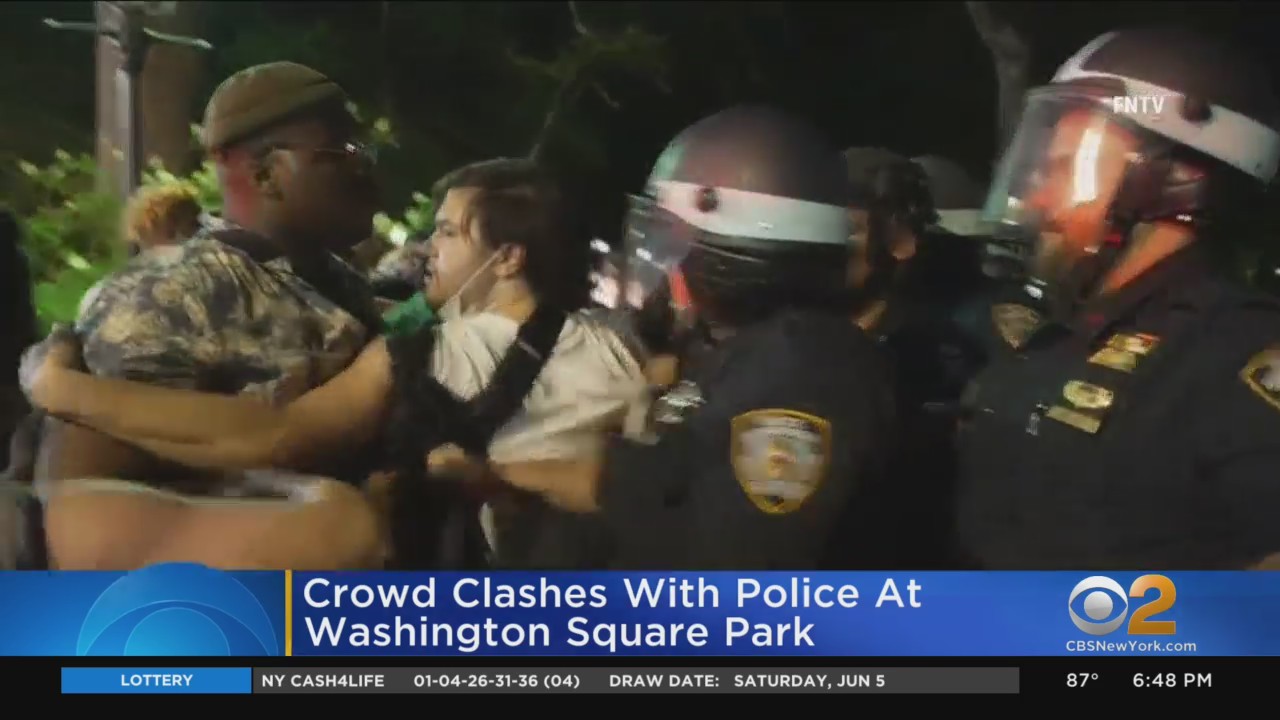 On Sunday, NYPD officers claimed that around 23 arrests were made in relation to the 10 PM curfew on Washington Square Park. Clashes between protesters and the police were recorded on camera, wherein NYPD officers were seen trying to deal with people who failed to disperse from the area.

According to a police spokesperson, eight officers suffered minor injuries while trying to clear the park. Most of the 23 people arrested were charged with disorderly conduct and given desk appearance tickets. Although the park will remain open from Monday to Thursday, a city Parks Department spokesperson said Washington Square Park will close at 10 on Friday, Saturday, and Sunday nights until further notice.

In one incident, as seen in multiple videos, a protester is seen throwing a punch at a cop. The cop quickly responds by pulling out a can of pepper spray and macing the crowd. In other incidents, police officers can be seen dragging parkgoers in handcuffs. Of the 23 arrests, three people received summonses and 20 were given desk appearance tickets. Charges included assault, obstructing governmental administration, resisting arrest, pedestrians on a roadway, disorderly conduct, and unlawful demonstration, police said.

The curfew, which was initiated during Memorial Day weekend after some neighborhood residents complained of late-night noise and drug use, was criticized on Sunday by multiple Democratic mayoral candidates on social media.