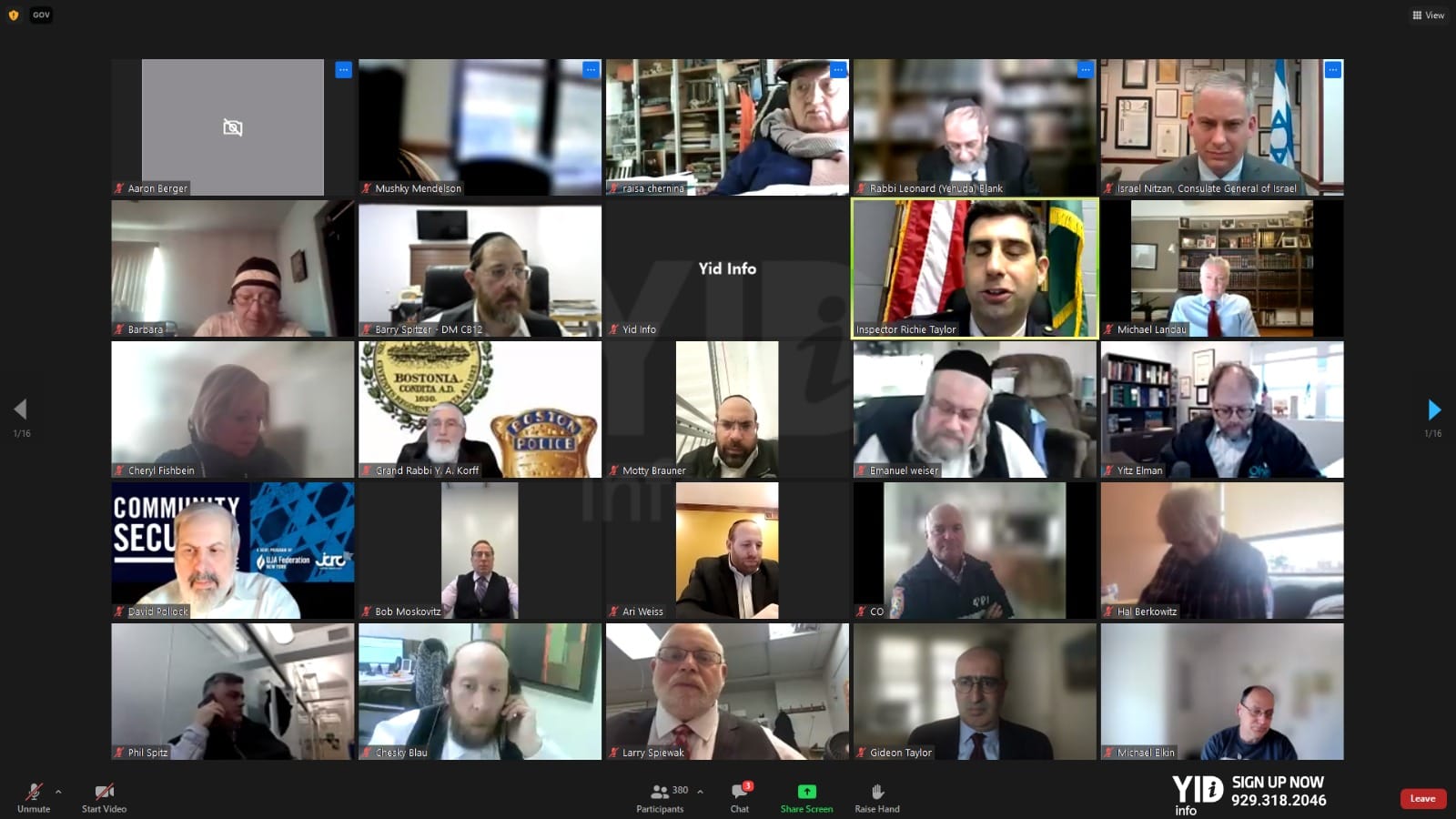 The NYPD and Jewish leaders had their annual meeting during which they discussed how to better protect the Jewish community in NYC over the Yom Tov Pesach. The annual meeting has been held every year since 1979.

The meeting was moderated by inspector Richie Taylor. At the meeting, Mayor Eric Adams discussed how the NYPD will help protect the 1.5 million Jews living in NYC. Mayor Adams is committed to doing his job and stated that there will be police patrols on every block. He said that we all need to work together to keep our city safe.

Mayor Adams also expressed at the conference that the Jewish community makes him proud. One example Mayor Adams referred to was the immediate response from Shomrim, Hatzalah, and Masbia when they rapidly assisted the victims of the Bronx fire on January 9th, bringing them food, clothing, and materials.

Commissioner Keechant Sewell expressed her commitment to the Jewish community. She also encourages everyone to notify the NYPD if they hear or see anything suspicious. The NYPD Deputy Commissioner of Community Affairs, Mark Stewart, said at the meeting, “Please reach out with anything you need. We are always here to help.”

New York City Councilman Kalman Yager said criminals need to be locked up for doing something and not return to the streets. He thanked Shomrim, Hatzalah, Misaskim, Masbia, Chaveirim, and the JCC for their community services.

Hatzalah is also offering a great service for Pesach, in which you can call any Hatzalah number and they will be connected around the world. May this Pesach be happy and safe for everybody!